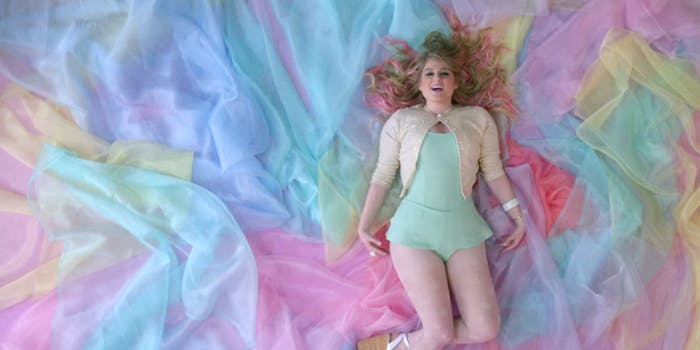 "All About That Bass" is still a guilty pleasure.

It’s that time of the year: The 2014 mashups are slowly starting to spin, and Isosine’s “Nonstop Pop 2014 Mashup” is the latest collage.

The six-and-a-half-minute clip spans some of the year’s best singles, sampling bits of pop hits like “All About That Bass,” “Drunk in Love,” and “Shake It Off,” as well as lesser-known hits like Vance Joy’s “Riptide” and the Chainsmokers’ “Kanye.”

Props to Isosine for finding a way to bridge Ed Sheeran and “No Flex Zone.”