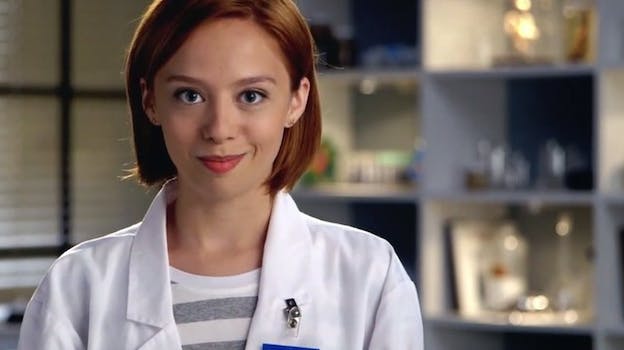 A stopped heart, an academic confrontation and an overly drugged best friend kick off the YouTube series.

The three-episode premiere lays the groundwork for the the series that will focus on the efforts of Victoria Frankenstein, played by newcomer Anna Lore, an ambitious young doctor who’s looking to push the limits of science. The series combines Pemberley’s past success with female-fronted novel adaptations like The Lizzie Bennet Diaries and Emma Approved, and PBS’ science and education-based approach to programming.

If past success is anything to go by, Frankenstein, M.D. should be a homerun for Pemberley and PBS. In the first three episodes we already see Victoria taking charge, but also flawed in her interpersonal relationships when she lets her scientific urges take over, plus we even spy some of Pemberley’s standard romantic inklings, although creator Bernie Sue told the Daily Dot that there would be much less romance in the series than previous projects. Some fan comments are wary of the series straying too far from Mary Shelley’s original text, but to that one spirited supporter replied on YouTube, “Yeah, and Victor Frankenstein also didn’t have internet. You gonna complain about that too??“ Overall, fans are elated. In addition to YouTube, fans can also follow the cast of characters on various social media channels, or through an in-world blog. The series will run for 24 episodes airing twice a week, and culminates with a Season 1 finale appropriately scheduled for Halloween.