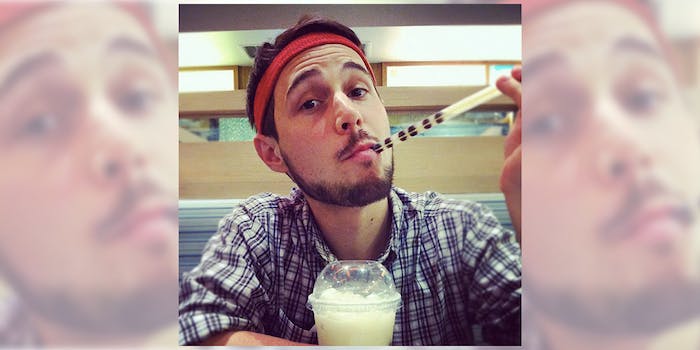 Several women have accused the creator of a popular meme account of sending them inappropriate messages when they were teens.

According to a report from the Daily Beast, 31-year-old Eric Wedgewood, the creator of Content Zone, allegedly sent messages to underage girls on Instagram. He also goes by the names Heiko Julien, Eric Collin, and Xim Xom. On Saturday, an Instagram account with the handle @HeikoJulien reportedly popped up to share some of the alleged messages Wedgewood sent, though that account is no longer up. (There are some screenshots, however.)

One woman told the Daily Beast: “In my own experience with Eric, I met him when I was 17 and he had to be in his late 20s and he would continuously hit on me.” Another said he started messaging her when she was 16, and kept messaging even after she told him how old she was. The person who runs the account @bunnymemes claimed that memes about Wedgewood were being reported and deleted.

The Daily Beast also touched on the power imbalance on Instagram: Many of the top meme accounts are run by men, but high schoolers often make up a large portion of their followers. One woman said: “These meme accounts are their one key, it’s their golden ticket. They can be anonymous, they can craft their persona. They can pretend like they’re witty and innocuous and cool, then slide into the DMs.”

Wedgewood has not publicly responded to the allegations. As of Thursday, the Content Zone account is deactivated.