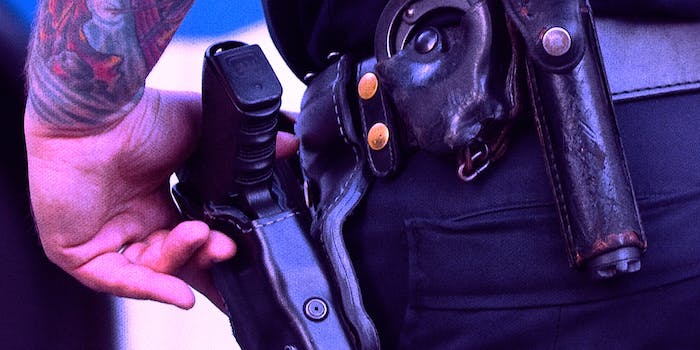 The role of implicit bias in Sandra Bland’s death

What does it say about America that white peoples' feelings are more important than black lives?

When I got my driver’s license and the keys to my first car some 10 years back, my father sat me down for an important conversation. As a black man raising a black child, he knew the rules of the road went far beyond what instructors teach students during driving school. After all, we’re black—and the rules have always been different.

Aside from the typical banter about being responsible behind the wheel, and making sure no passengers carried illicit substances, Dad shared a word about how I’d need to interact with the police. “Just be calm, don’t raise your voice, and don’t give them any back talk,” he said. Even though he didn’t say it explicitly, he knew the advice would probably be life-saving, not if but when his only child got pulled over by the police.

Many black people may recall similarly stern advice from their parents, a warning that rings eerily true now that the dash cam video that documents Sandra Bland’s arrest has now been publicly released. Sadly, it’s now clear that implicit anti-black bias almost certainly had a hand in the events leading to Bland’s demise while in custody, which is now being investigated as a murder.

In the allegedly edited police dash cam video, which shows trooper Brian Encinia pulling Bland over for a supposed traffic violation, the officer points out that Sandra Bland seems “very irritated” about the stop. Bland didn’t deny being irritated in the video, and even explains why she feels the ticket isn’t justifiable, although she’s expressly aware that her viewpoint won’t stop the inevitable. She’d just have to make her case in court, or cut her losses and pay the fine.

Instead of understanding that frustration, on a human level, Encinia seems to take umbrage that his judgment has been questioned. The video shows no indication that Bland blatantly disrespected the officer—but still, he didn’t care. His response to her reason for being irritated, even after she stopped speaking, was simply, “Are you done?”—which is another casual, aggressive way of telling someone to shut up.

What follows is Encinia asking Bland to put out her cigarette, even though she’s within the bounds of her vehicle, something she makes clear. And at that moment, because the officer falsely interpreted her firm but fair words as patently disrespectful, he asks Bland to step out of the vehicle, to which Bland objects. She asserted her civil rights and questioned the reasoning related to the circumstances. Encinia then proceeds to open the door, despite her objections to his “order,” and pulls her out of the car, brutalizing her on the side of the road.

After all, we’re black—and the rules have always been different.

All of this over an alleged minor traffic violation—a situation that eventually resulted in Sandra Bland’s death, all because one white male police officer couldn’t stand having a black woman challenge his authority, even when he was abusing his power.

This incident is indicative of greater implicit bias in the way we view black people. Within the past few years, a number of studies confirmed what most people already knew—that negative value judgments are made about people based on the color of their skin. Even further, a study conducted by professors at San Francisco State University explored the concept of “skin tone memory bias,” where black people associated positive attributes such as intellect and success are remembered as being lighter skinned than they actually are. It recalls an age-old cultural maxim: If it’s right, it’s probably white.

The same unfair standard applies when black people dare to challenge, let alone question, white people in any position of power, even when those questions are constructive.

Of course, the context matters, and implicit bias affects each individual differently, no matter how much they personally disavow any disparaging views about marginalized groups. However, there’s an unfortunate pattern to note. When a white authority figure is involved, any critique or expression of frustration from another white person is likely to be met with reason or an attempt to resolve the matter—before it escalates. Yet when the pushback comes from someone who is black, implicit bias colors the interaction in ways that subject black people to higher levels of punishment, brutality, or worse.

I went to college w/white kids who cursed cops out & threw beer at them. Never were treated like #SandraBland, never feared for their lives.

The footage of Bland’s arrest reinforces the same lessons I—and many black children—learned too early.

When interacting with the police, especially white officers and those with any semblance of anti-black bias or prejudice, black people are one hand motion, head twist, or elevated vocal pitch away from being beaten, arrested, and/or killed. With the anti-black bias of how the justice system operates, black people aren’t afforded the same respect as their white counterparts when they are upset or angry. We don’t get to talk back.

This pattern of escalation manifests itself in the workplace, in school settings—where an African American Policy Forum report showed black girls harsher punishment than their white peers—and even in everyday conversations about racism, where blacks and people of color endure abject tone policing.

On the 2013 evening that Trayvon Martin’s killer, George Zimmerman, was found not guilty, teacher and cultural critic Amber Walker shared a somber reflection about how she felt as a black woman educating young black children in Miami.

As featured at Huffington Post, Walker voiced her concerns for an unborn generation of black children, some of whom could end up being her own:

Sandra Bland’s arrest, and her death, serve as a harrowing reminder that white authority, power, and supremacy demands black silence and complicity. But if we live in a society that avows a belief that “all lives matter,” what does it say about America that the lives of black people are rendered inferior to the feelings of white people?