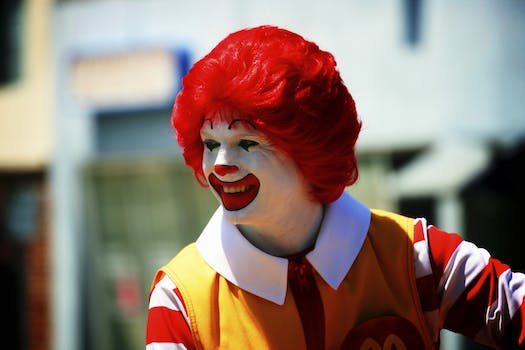 What James Franco doesn’t understand about working at McDonald’s

For many Americans, it's not just a way to pass the time before something better comes along.

James Franco’s done it all.

He was a noted cologne thief in high school, a respected performance artist for TV’s General Hospital, he has at least five degrees, he was once a painter, and, somewhere in there, he’s an actor.

But who was James Franco before he was our James Franco: the loveble stoner who hasn’t smoked weed in ages, the persistent academic, the would-be Renaissance man were he remotely proficient at any of his many chosen activities. Well, when the Palo Alto native decided that, maybe, college just wasn’t for him the first time around, James Franco flipped burgers, salted fries, and took orders beneath the golden arches of McDonald’s.

This is not a revelation as his work history had been previously reported , but Franco took to the op-ed pages of the Washington Post on Thursday to wax nostalgically for his time spent serving burgers and smiles for his main man, Ronald McDonald.

James Franco, in worst op-ed ever written, says go easy on McDonald's cos he worked there for 3 mths and it was OK: https://t.co/LAlfwMPOc0

In the op-ed, Franco predictably fails to take into consideration the position of fast-food workers without the economic mobility his upper middle-class upbringing afforded him. They aren’t aspiring actors looking for a few hours of supplemental work. Instead, the average fast-food worker is an adult, likely a parent, making the minimum wage. When you consider the experiences of most fast-food workers, James Franco’s time spent behind the counter is hardly typical.

When you consider the experiences of most fast-food workers, James Franco’s time spent behind the counter is hardly typical.

Franco used his platform to address the issues facing McDonald’s today—namely, their falling customer base, and his hopes for the company’s recovery. “All I know is that when I needed McDonald’s, McDonald’s was there for me. When no one else was,” he wrote.

Yes, when the 18 year-old decided to pursue acting instead of pursuing his English degree at UCLA, his of Stanford-educated, upper middle-class parents made him get a job. It wasn’t all that bad for the young Franco, either. He practiced accents at the drive-thru, ate french fries straight from the “hopper,” and was propositioned by a non-English speaking “hamburger cooker.” It wasn’t so bad.

And after three months in the fast-food trenches, he was hired for a blink-and-you’ll-miss-him role in a Pizza Hut commercial, never to return to service work again.

It’s less common now to see an 18 year-old part-time employee at your typical McDonald’s. A 2013 report by the Center for Economic Policy and Research found that teenagers only make up about 30 percent, or less than a third, of all fast employees. That may seem like a high percentage, but when you factor in the fact that another 30 percent are 20-24 (college-aged) and the remaining 40 percent are 25 and older, it paints quite a different portrait of the typical fast-food employee. In fact, according to a report by the National Employment Law Project, the median age of national fast-food employees is 29.

The minimum wage is, perhaps, the most prominent issue facing McDonald’s today. McDonald’s employees make an average of $9.01 per hour, resulting in hundreds joining the #FightFor15 movement to raise the minimum wage to $15 hourly.

Unbeknownst to Franco, at the time of publication of his brief memoir, New York Gov. Andrew Cuomo published an op-ed addressing these wage issues:

Many assume that fast-food workers are mostly teenagers who want to earn extra spending money. On the contrary, 73 percent are women, 70 percent are over the age of 20, and more than two-thirds are raising a child and are the primary wage earners in their family.

It’s almost as though he had read a draft of Franco’s reflection and needed to respond quickly and effectively. #FightFor15 saw Cuomo’s op-ed as a victory and a direct result of their years of hard work and organization:

This is what happens when workers join together, go on strike, and demand $15.

Since fast-food work is so low-paying, there’s a common misconception that the job itself is a stroll through the garden. Franco’s depiction of his time at McDonald’s definitely gives of the impression that they passed the time making passes at each other, likely getting high in the freezer. But the reality of the industry is that of a hazardous and potentially dangerous work environment.

In March, workers across 19 states requested the Occupational Health and Safety Association (OSHA) to inspect their workplaces, citing numerous injuries that resulted from the lack of training, as well as a lack of protective equipment. The Chicago Tribune reported that “28 complaints against McDonald’s and its franchises [had] been submitted since March 2. Nine complaints were against corporate-owned restaurants and 19 against [franchises].” The complaints include burns from grease traps, cookie sheets, and injuries sustained from pressures to work faster without proper access to first aid on premises.

While the debate goes on about wages at each drive-thru location, the state of the meatpacking plants remains in question.

McDonald’s is noticeably tight-lipped about the working conditions in their meat-processing plants run by Cargill, a top meat manufacturer in the U.S. Yet the fast-food giant seems suspiciously transparent in a 2014 “Ask Me Anything” campaign called “Your Questions. Our Food,” hosted by former Mythbuster, Grant Imahara. Imahara’s tour of the Cargill plant, in the video posted to the McDonald’s YouTube account, everything seems perfect, a little too perfect. I was somewhat surprised the video didn’t include a “spontaneous” musical number.

Appearances aside, meatpacking remains one of the most dangerous jobs in the country, and if there’s one thing McDonald’s needs from these plants, it’s a lot of meat, fast.

But the reality of the industry is that of a hazardous and potentially dangerous work environment.

Large-scale meatpacking plants are notorious for their abusive and dangerous labor practices. In a 2014 hearing before the Inter-American Commission on Human Rights, U.S. meat and poultry workers testified to injuries sustained while on the job. Many suffered from repetitive-stress injuries, like carpal tunnel, inflammation of tendons, and other conditions or illnesses as a result of high processing speeds, which made it difficult for them to work.

Workers also testified that they were not offered compensation for these injuries,and that they were actively discouraged from reporting the injuries, often fired for doing so. On top of that, meatpacking plants tiptoe around workers’ rights by hiring undocumented workers, often from Mexico or Latin America, according to the Guardian, as they are less likely to report such abuses.

Considering the low pay and high costs of a job at McDonald’s, James Franco barely scratched the surface of the average American experience in the fast-food workforce. His ode to his three months of light labor reads as sponsored content by McDonald’s in an effort to clean up their dwindling reputation, to get back in the good graces of millennials with the help of an A-list actor.

But the joke’s on them. Workers are quickly gaining momentum and public opinion is in their favor, and McDonald’s is going to need more than James Franco’s cheap nostalgia to climb back to the top.

Feliks Garcia is a writer, powerlifter, and foster of homeless cats. He holds an MA in Media Studies from the University of Texas at Austin, is Offsite Editor for the Offing,’ and previously edited CAP Magazine.