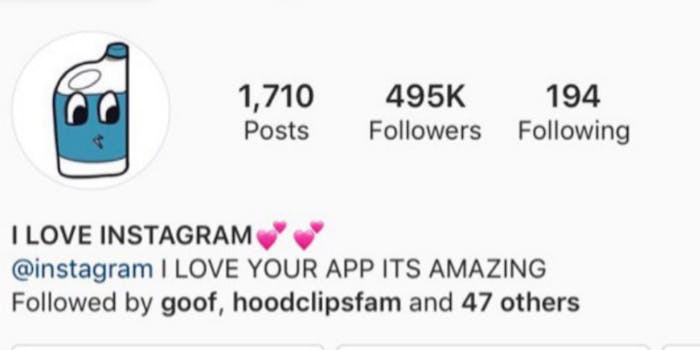 The company deleted at least 30 pages, surpassing a combined 33 million followers, for violating its terms.

Instagram deleted some of the biggest meme accounts on Friday in a massive purge.

The platform removed at least 30 meme pages, surpassing a combined 33 million followers, allegedly for violating its terms of service.

“These accounts were disabled following multiple violations of our policies, including attempted abuse of our internal processes,” a Facebook spokesperson told the Daily Dot in an email.

One user who ran multiple popular meme accounts provided Twitter with the notices they received when attempting to access their pages.

The user added they had gained 40 million followers and raked in over $600,000 from the now-deleted accounts. In fact, many of the Instagram meme page owners made tens of thousands of dollars per year through advertising and sponsored posts, Reclaim the Net noted.

Fox 5 San Diego reported that another user, an 18-year-old named Caige, said he earned more than $30,000 from just one page, @autist, this year. He said he was saving the money for college.

@instagram you just deleted all of my accounts for absolutely no reason, no warning, and no context behind this. (30 million+ followers worth of accounts deleted in 24 hours) #fuckinstagram #reactivateyerdank #reactivateautist pic.twitter.com/nJY6CvkQkW

Many think the removals relate to the company’s “objectionable content” rules. Twitter users also guessed that Instagram deleted the pages for posting memes without the creators’ permission.

Removing high-profile pages is nothing new for the platform, though. Instagram removed Belle Delphine–the gamer girl with 4.5 million followers who recently made headlines for selling jars of her bathwater–from the platform in July following a mass reporting campaign.

The purge also comes as Instagram expanded its test of hiding likes to several countries. That test, which could become standard worldwide, outraged Instagram influencers who say the move made it more difficult to make a living on the platform.

Now, it seems that big meme accounts are sucking up to Instagram to avoid deletion. For example, @godsbleach changed its bio to, “I LOVE INSTAGRAM @instagram I LOVE YOUR APP ITS AMAZING.”

The flattery may be working: @godsbleach’s page is currently still on Instagram.