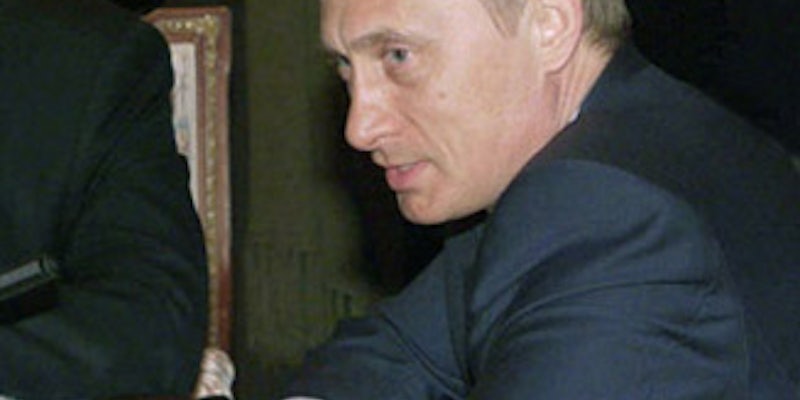 Facebook is the latest American company to move to stay in accordance with Russia's so-called blacklist law.

It’s the latest American company to move to stay in accordance with Russia’s so-called blacklist law, which allows the government to efficiently blacklist any site thought to promote child abuse, drugs, or suicide. The law, which passed in November despite protests, was almost immediately used to mistakenly, temporarily block a parody site.

This time, the offending culprit was a Facebook group called “Club Suicid,” flagged by Russia’s “Roskomnadzor” (the Federal Service for Supervision of Communications, Information Technology and Mass Media). The agency demanded Facebook take down the page or risk being Facebook’s entire domain becoming inaccessible to the average Russian Internet user, The New York Times reported. On Friday, Facebook deleted the page.

Russia is one of the few countries where Facebook isn’t the most dominant social media service, but it’s close: Facebook is still the nation’s 8th-most popular site.

It’s hard to tell what, exactly, caught the Russian censors’ attention—with the group deleted, there doesn’t appear to be a trace of it left on the Internet. But Facebook announced that Club Suicid violated its terms of service, which was reason enough to delete the page. “We reviewed the content and it was removed because it violated our terms of use,” it said in a statement.

Facebook’s decision comes on the heels of a different Roskomnadzor announcement, that Twitter has been “actively involved” in banning users and deleting accounts that promote “suicidal tendencies.” Twitter didn’t respond to the Daily Dot’s multiple requests to confirm that news.

Google, at least, is fighting back. The company filed a lawsuit in February after Roskomnadzor blocked a YouTube video that showed users how to fake slashed wrists with cotton and fake blood.