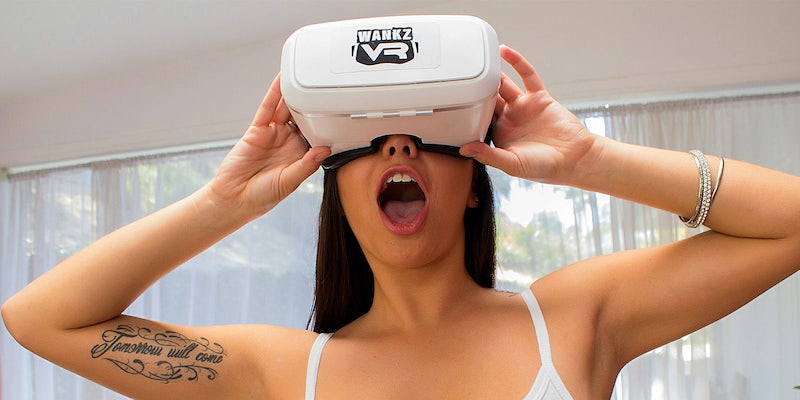 The award-winning site is one of the best in the business.

Right off the bat, Wankz VR makes a great first impression by the sheer scope of its content. Since launching in February 2016, Wankz has offered consistent updates every three to four days, building a library of over 330 titles and counting. The pace has kept up, offering fans a steady stream of new videos to add to its already impressive collection.

VR requires high-quality video for an immersive experience, and Wankz is up to the challenge. Wankz has beautiful video, whether you’re watching in HD or 4K Ultra HD. The video quality, in particular, stands out when a scene jumps between indoor and outdoor settings.

4) A mix of new and established performers

Wankz VR also excels in filtering and categories. Filtering is exclusively for finding a performer who meets your exact specifications, from ethnicity to age to piercings. The only real filter that involves scenes is one for the duration, so you can find something that’s under an hour. Meanwhile, there are 64 different categories to consider when finding content from a scene, ranging from 60FPS to vaginal toys.

Beyond our shining review, Wankz VR has been the proud recipient of the XBIZ VR Site of the Year award for 2018 and 2019. The content here is so good that even the industry noticed.

Do you own a smart sex toy? Get ready to experience everything Wankz VR has to offer. Using the FeelConnect app from FeelME, Wankz VR syncs with your teledildonic sex toy to help you experience the up and down of every scene. To see if your toy is supported, head over to the help page.

If there’s one area Wankz VR needs work, it’s in its diversity of performers. Outside of Latina performers, there are very few people of color to be found on the site. There are a ton of scenes featuring Latina performers, including 19 with Gina Valentina, who is under contract. Otherwise, the site can often be overwhelmingly white, which can lead to occasionally feeling like the scenes are too similar.

Wankz VR review: Should you buy a membership?