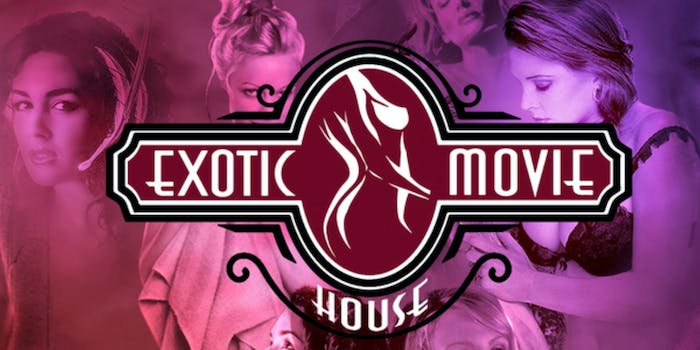 Why softcore and why now?

“The buyer from Hollywood Video came to me,” explained Band. “He said ‘why don’t you start a second line of movies, but make them sexy? Couples like them.’ Sometimes people don’t want to watch the hardcore, but they’ll watch something that has a fun story and some nudity.”

Will it have softcore movies from the glory days of Skinamax?

Most impressively, it’s licensed the entire New City Releasing library. New City is the company that produced most the late night cable films that made up the Skinamax subgenre in cable’s heyday.

Exotic Movie House will also include original productions in the near future, including the full three-hour director’s cut of Full Moon Features’s 2020 release Femalien: Cosmic Crush. The site, which is now available to browse, has over a hundred titles already with more on the way. Subscribers can expect to find two new titles added every week.

Beyond streaming these lost exploitation classics, Exotic Movie House is exhibiting them in quality that rivals their original theatrical runs. In particular, its scan of 1978’s softcore comedy hit Fairy Tales is breathtaking. Featuring a 2K scan from the original negative, it’s incredible to see a streaming service have these movies, let alone lovingly present them.

If you love softcore or just bizarre exploitation cinema, it’s time to pull the blinds, throw down $6.99, and discover a less sticky side of adult entertainment.