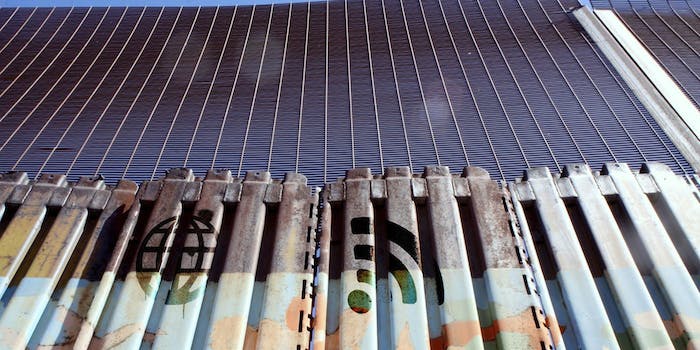 How you can help undocumented kids without leaving your computer

The U.S. immigration system is hellish on children. Here’s how you can make it a little bit better.

A 10-year-old boy currently resides somewhere in the Seattle area. The boy, the youngest of four, was born in El Salvador. One day, nearly a decade ago, he watched in horror as a group of gang members brutally murdered his father.

The boy’s father, a former gang member, had opened a live-in rehab center for people who wanted to transform their lives in the same way he had. But the gang leaders didn’t like anyone pushing people out of their ranks. So they murdered the boy’s cousin and then, two weeks later, they murdered his father on their street in front of his house, in full view of his family.

Still, the harassment didn’t stop. The gangsters threatened the boy’s mother, so she fled the country, leaving the boy and his siblings with their grandmother. In 2013, about seven years later, some of those same gang members went back to the boy and his siblings and demanded they join. Instead, the boy, his 13-year-old brother, and his 15-year-old sister fled north to Guatemala, through Mexico, and finally into the United States.

The trio crossed into the the U.S. in July and were quickly apprehended by authorities from Customs and Border Protection. They were transferred into the custody of Office of Refugee Resettlement, a division of the Department of Health and Human Services that handles minors, which passed them off to family in Washington State while the government began deportation proceedings.

In September, the boy will appear in court to plead his case before an immigration judge. On the other side, there will be Immigration and Customs Enforcement (ICE) lawyers, armed with a deep knowledge of the country’s labyrinthine immigration system, arguing that the boy should be sent back to his home country. The boy will have to rely on the advice of his court-appointed lawyer.

“There are lots of great organizations providing pro bono legal series to children in these situations, but they’re all already overburdened and can’t hope to meet the need that’s out there,” says Stephen Kang, a lawyer with the American Civil Liberties Union (ACLU). ?They’re all over-capacity, they have too many children that have valid claims that they can’t help them all because they have limited resources.”

The boy, his siblings, and a handful of other kids facing similar predicaments are all named plaintiffs in a lawsuit filed earlier this month by the ACLU, along with a number of other immigrant advocacy organizations, against the federal government for, they claim, failing to provide undocumented, unaccompanied youth with the representation necessary to receive a fair trial.

Since all of the plaintiffs in the suit are under the age of 18, their identities have been concealed and they are simply being identified by initials—in the boy’s case, J.E.F.M.

?[Despite all the publicity from the case] thus far no one has stepped forward to provide legal representation to the children who are named plaintiffs in this cases,” Kang said.

J.E.F.M.’s story sadly isn’t unique. In recent months, the number of children fleeing gang- and drug-fueled violence out of Central America and into the United States has skyrocketed. Last year, some 25,000 unaccompanied, undocumented children crossed the border. This year, some estimate there will be nearly three times that many.

For people across the country looking for a way to help these kids, one avenue of assistance jumps out: donate to the nonprofit organizations providing pro bono legal services to kids facing deportation hearings.

Groups like the Safe Passage Project, Kids in Need of Defense, Catholic Charities’s Esparanza Immigrant Rights Project, Public Counsel, and Raices are all working to make sure these kids have adequate representation. While the overall number of immigrants coming into the United States from Latin America has dropped considerably since the years preceding the Great Recession, the recent wave of youth streaming across the border has caught virtually everyone by surprise and stretched resources of both the immigration court system and the organization proving legal aid to children passing through that system to the breaking point.

Having an attorney matters. A recent report by the Syracuse University’s Transactional Records Access Clearinghouse found that about 90 percent of unaccompanied minor asylum-seekers who lacked an attorney were deported, while 47 percent with legal assistance at their side were able to stay in the country. The report noted that, in pending asylum cases involving unaccompanied minors, only 31 percent had a lawyer.

“In immigration court, the burden is on the child to defend the right to stay lawfully in the country,” says Claire Thomas, a staff attorney at the New York-based immigration legal defense nonprofit Safe Passage Project.

“Immigration law, in general, is super complicated. I’ve spoken with something like 57 reporters and not a single one of them has had a comprehensive knowledge of immigration law. It’s something that doesn’t come naturally to people. So the idea that an 8-year-old that speaks a different language is going to be able to achieve what a lawyer could in immigration court is ludicrous. Not even a child genius could do that.”

“Thomas explains that there are a litany of different ways an undocumented child or teenager caught entering the country illegally could be able to successfully petition to stay in the United States. Those young people who are afraid to return to their countries could make an application for asylum, withholding of removal, and protection under the Convention Against Torture. Some young people who have been abused, abandoned, or neglected by one or both of their parents may qualify for Special Immigrant Juvenile Status, while other survivors of child abuse could qualify for legal status under child-specific provisions of the Violence Against Women Act. Those who have been victims of crimes in the United States or are survivors of human trafficking could apply for a U-Visa or a T-Visa. Some young people might even have family members who could file a family-based petition on their behalf. If they’ve been in the country long enough and meet a certain set of qualifications, other young people can apply for the Deferred Action for Childhood Arrivals (DACA) program, President Obama’s DREAM Act-like initiative. Some of these options require going to state court in addition to immigration court, while others necessitate adversarial hearings in immigration court, and finally others require filing additional applications and petitions with the United State Citizenship and Immigration Services.

Did all of that seem complicated? Did your eyes glaze over by the end of it? Or did you just skip to the next paragraph hoping the details weren’t actually all that important? Now imagine being a ten-year old who can’t speak a word of English and having the course of your life depend on figuring out what to do and how best to argue your case.

Granted, most of the courts have translators who speak Spanish to explain the proceedings, but many children coming in from countries like El Salvador and Guatemala don’t actually speak Spanish. Instead, they speak indigenous languages like K’iche’ and Quechua, for which capable translators are few and far between.

“To understand all the different legal forms of relief [these kids can apply for], there’s no list that anybody gets saying, ‘here’s what’s available to you,’” Thomas says. ?Certain courts have a ?Know Your Rights’ presentation, which is great, but the idea of being able to do this on your own is incredibly daunting for anybody, let alone a child or family without a lot of education.”

Currently, Safe Passage Project works with about 180 attorneys, but they can’t be everywhere at once—the group only has enough resources to take on immigration cases heard before a single judge on a single day each month. Other kids in the area, many of whom were apprehended closer to the U.S.-Mexico border but had their cases transferred to places like New York, are left to seek out other options or simply go it alone.

The issue of securing adequate legal representation becomes even more difficult for children who are apprehended, but lack anyone in the United States willing and able to care for them during the month-long period they are awaiting hearings. In those instances, the children remain in custody, warehoused in detention centers like the one that protestors in the town of Murrieta, Calif., blocked a bus full of undocumented children from accessing.

To make matters more difficult, says Thomas, these children cannot be bailed out, and the “facilities are usually way out in the country and you can only visit them on certain days at certain times.”

This is not to say that the government isn’t doing anything to cope with the strain that the recent wave of undocumented youth is putting on the immigration system. As part of his $3.7 billion emergency funding request to deal with the crisis at the border, President Obama has asked for $15 million to create a program providing direct legal aid to children.

However, in a statement about its suit, the ACLU argued that the administration’s efforts are insufficient to confront the enormity of the problem at hand:

While the Obama administration recently announced a limited program to provide legal assistance to some youth facing deportation hearings, this proposal does not come close to meeting the urgent need for legal representation for all children whom the government wants to deport. And there is no guarantee that additional funding proposed by the administration yesterday will materialize or meet the overwhelming need. In the meantime, children continue to appear alone in court every day.

So, how can you help? You can help by donating to one of the organizations working to deliver pro bono legal services to undocumented children—and you can do right from your Web browser. Here are some groups, all of which are accepting donations:

Kids in Need of Defense – Founded by Angelina Jolie and Microsoft, KIND provides free legal services to immigrant children in eight major cities around the country.

Raices – A refugee and immigrant education and legal services center based in San Antonio, Texas

Photo via longislandwins/Flickr (CC BY 2.0) | Remix by Fernando Alfonso III