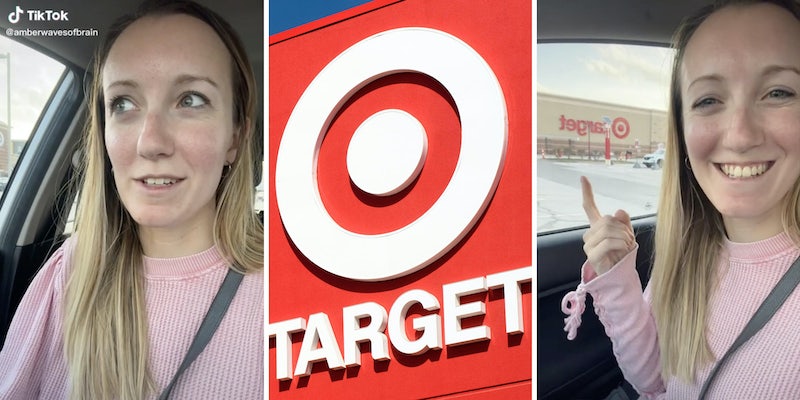 'You can learn so much about a person based on how they shop at Target.'

A woman says that a man she met on Hinge took her to Target for their first date. Some commenters on the video thought the date wasn’t special, while others said it was a great idea.

TikToker Amber (@amberwavesofbrain) posted a TikTok of her in her car in the Target parking lot before the date on April 12, which received over 211,000 views.

“A guy from Hinge asked me on a date and here we are,” Amber says to the camera before showing the Target sign. “This is where he wanted to go. So I’m here!”

While many commenters loved the idea of going on a date to Target—@amestar_ even called it a “green flag”—others were confused by it.

“I’ve been saying for ages I think target is a great first date,” @kayladoescollege commented. “You can learn so much about a person based on how they shop at Target.”

“I’ve been on a date to Target and it was actually the best date I had with that person,” @brittanyjohnson013 wrote. “Loved it.”

In a follow-up video, Amber says the date was “pretty good.”

“It helped conversation because we could just like point to things and be like ‘Oh, have you ever played this game?’ or whatever,” Amber says in the follow-up TikTok. “If you need a new date idea, try it out!”

Commenters pressed Amber on whether or not there will be a second date, but she hasn’t yet given an update on that.

The Daily Dot has reached out to Amber via email.