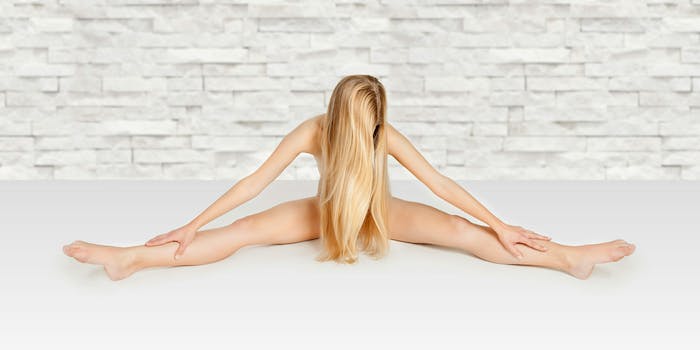 If you want to burn calories during sex, don’t have boring sex

Time to retire the missionary position.

Which sounds like a better way to burn calories: Leaving your house for a 10-minute jog or staying in for an orgasm? Most Americans would probably choose the latter. Except it’s not that simple—burning calories is actually pretty complicated. And how many calories does sex burn when not everyone has sex the same way? When it comes down to it, fornicating isn’t the most reliable form of exercise.

Still, scientists are thrilled by the idea of shaving off pounds with humanity’s favorite pastime. If you’re interested in joining in on the fun, there’s plenty of info that will help you burn calories through sex.

How many calories does sex burn?

Over at the Cut, Shut Up and Move CEO Charlene Ciardiello calculated how many calories heterosexual couples shave off during sex, assuming the female partner is 150 pounds and the man is 195. Turns out, it’s not a lot. During missionary sex, for instance, she says women only burn 44 calories every 30 minutes. Men, meanwhile, burn 143.

Ciardiello isn’t the only one who argues sex burns calories slowly. Content marketing agency Fractl developed a sex calculator for online prescription delivery service Superdrug that lets users track how many calories they’ll burn during sex based on their gender and weight. According to the calculator, a 160-pound man having sex with a 140-pound woman will only burn 124 calories during 30 minutes of doggy style sex. The woman, meanwhile, will shed a mere 91 calories.

It’s not that guys are doing all the work during sex. Tops generally burn more calories than bottoms. For instance, Ciardiello says men burn zero calories during cowgirl sex, whereas a 150-pound woman expends around 122 calories every 30 minutes.

Then there are positions that aren’t going to give partners much of a workout at all. Fractl’s calculator reports that a 140-pound lesbian top having sex with a 120-pound bottom only burns 57 calories every 30 minutes during oral sex. Her pillow queen counterpart, meanwhile, clocks in a mere 42 calories.

In both cases, those couples would be better off going for a quick jog around the neighborhood together if they’re most concerned with working off calories.

Why doesn’t sex typically burn a lot of calories?

There are a couple reasons why sex isn’t the calorie-burner we all would like it to be. For one, even though you may find yourself out of breath, sex doesn’t actually exert that much physical effort. As we discussed, most of sex’s physical activity comes from the top, not the bottom. Not to mention, sex doesn’t actually last that long. Foreplay between men and women generally takes 11 to 13 minutes, followed by seven to eight minutes of intercourse, one study claims. That’s less than 30 minutes total—and that’s being generous.

Meanwhile, workout regiments are designed to exercise muscles that aren’t used extensively in normal, everyday life for a sustained period of time. Even a jog requires ongoing physical exertion, stamina, and a wide range of muscle movements, whether running in a park or on a track. There just isn’t much physical exertion going on between two people in bed compared to, say, engaging your hamstrings, glutes, calves, quads, and abs during a run.

How to increase calories burned during sex

While sex generally doesn’t burn that many calories, it can become more physically intense depending on what a couple is doing in bed. For one, more gymnastic-like positions and rough sex require a lot more physical exertion, and a longer sex session means more time to burn calories. Finding ways to add foreplay like dirty dancing can quickly burn calorie after calorie compared to, say, a few minutes of oral sex and a quick hook-up.

Andréa Demirjian, author of Kissing: Everything You Ever Wanted to Know About One of Life’s Sweetest Pleasures, suggests kisses can burn an extra eight or 16 calories every time a couple engages in a passionate makeout session. That means throwing in plenty of kisses during sex adds up.

“Kissing and lovemaking can be a vigorous exercise if you’re fully engaged,” Demirjian told CNN. “You need to have a passionate kiss [in order to burn those calories], but it doesn’t have to be a 10-hour makeout session.”

Personal trainers also recommend finding exercises for your muscles that can turn sex into a workout. Ciardiello told the Cut that women having cowgirl sex should try flexing their pelvis and lower ab muscles while topping to make the most out of the position, whereas having sex while spooning can become more rigorous for men by speeding up the tempo. She also recommends women thrust back with their partner while having missionary sex.

“This requires a lot of core strength and the calories will start burning. Also, squeezing your booty will give your glutes a great workout to help tone!” she told the Cut. “Add sighing and a little moaning for some extra calorie burn.”