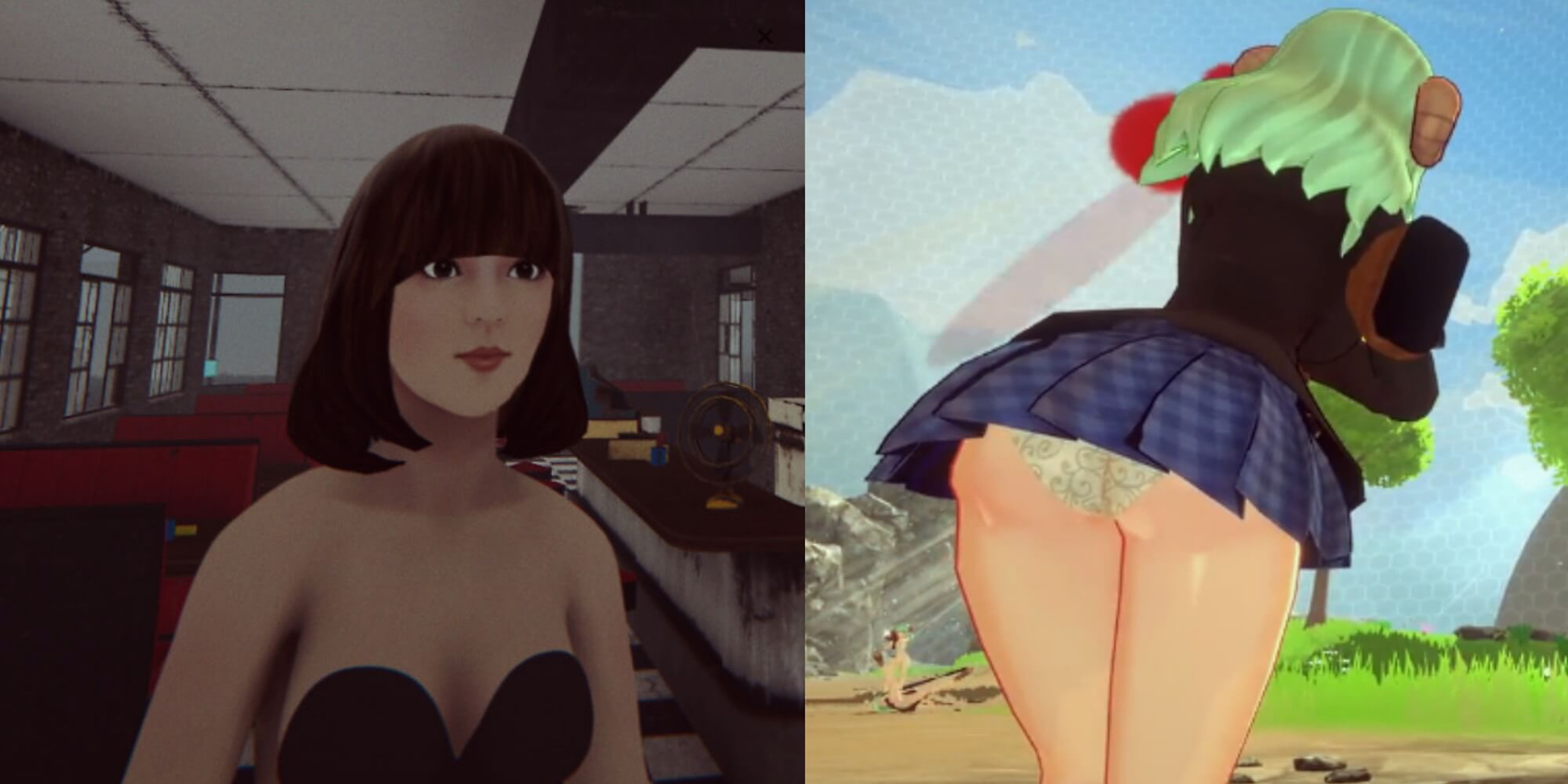 The game, which is slated for an Oct. 28 release date, has only one sentence in its front page description: “Survive this massive girls’ battle royale.” Early screenshots show a thin, conventionally attractive woman wandering around a battlefield and wearing a bunny suit.

Based on the title’s screenshots, it’s unclear if weapons are even programmed into the game yet: one image, for example, shows the player character posing as if she was aiming an assault rifle, yet no model exists in her hands. Multiplayer isn’t ready either. But don’t worry, the game will host stunning features such as a “nicely sized playable map and battle zone,” “wardrobe customization,” and best of all, “realistic close-up combat mode.”

The gameplay might be bad, but the girls? They will be hot.

Developer OOO, also known as Rebotyage-Games (Работяги-Геймс, or “Hard Workers-Games” in Russian), is the company behind GIRLS BATTLEGROUNDS. While the game’s developers seem to be Russian, GIRLS BATTLEGROUNDS’ Chinese characters “性感大逃杀” seemingly translate to “sexy battle royale”. After Early Access launch, OOO hopes to add “more girls-characters [sic]” and additional “girls’ customization,” along with “other ideas in the community.”

“The game has violent scenes as [sic] shooting and fighting,” OOO warns. “The game has women characters in underwear.” Hence the sexy battle royale.

GIRLS BATTLEGROUNDS might sound like a quick cash grab—and that’s because it is. One of OOO’s previous games, BEARS, VODKA, BALALAIKA! 🐻, bills itself as a “realistic shooting game in a historic period of World War II.” In reality, the player shoots generic Nazis, drinks vodka, and plays a balalaika as a Soviet bear in a slapdash 3D world. GIRLS BATTLEGROUNDS is no different, except this time, OOO is taking PUBG’s formula and throwing attractive women into the mix.

“Yep, that means a whole classic game pack with you randomly appearing somewhere around the quite extensive map and running towards the center of a famous shrining zone [sic]. You’ll have to work hard for your beautiful and colorful anime life!” AmagSwag writes on its Kickstarter.