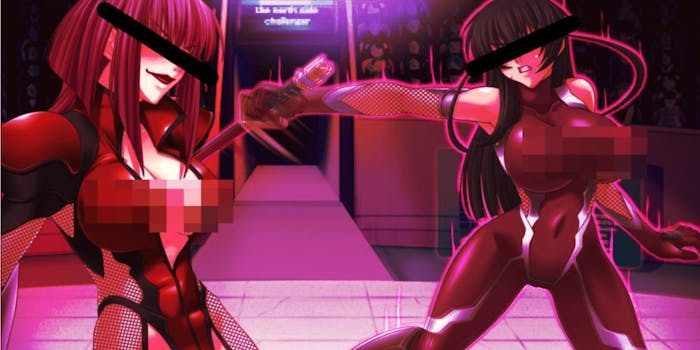 Developed by LiLith and published by Infini-Brain, Taimanin Asagi’s four episodes publicly appeared on the Steam store on Aug. 13, and sites such as Sankaku Complex and Niche Gamer covered the news. Then at 8:30pm CT on Sept. 4 , Steam starting pulling all four games from the store. Valve did not clarify why, although visual novel fans have an educated guess: Taimanin Asagi is notorious for its nonconsensual sex scenes.

Granted, Steam could theoretically censor the game and let players input an 18+ content patch from an offsite location. But Taimanin Asagi’s strong content may be too intense for Valve. “While I dislike censorship, this series is far more extreme than anything anyone has seen yet on Steam,” one fan wrote. “The literal storm that would come down on this particular series is immense. It’s a tough call, I don’t know how I feel about it.” (The Daily Dot reached out to Valve and Infini-Brain for comment.) 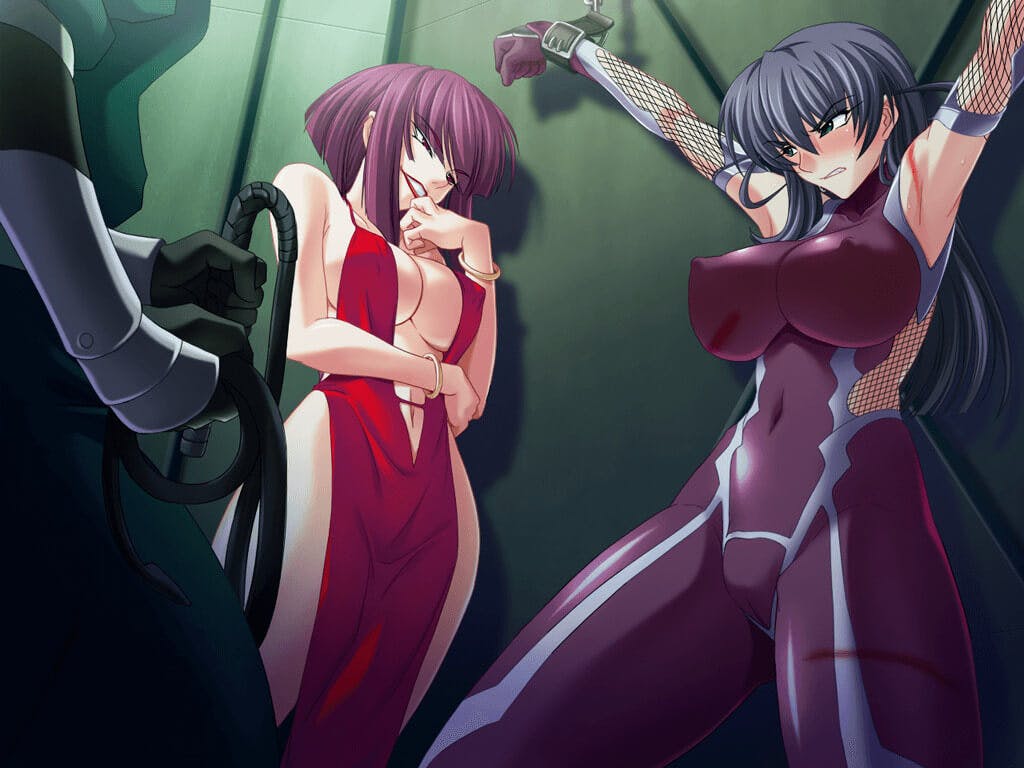 Valve first opened its doors to 18+ material in 2018. After game developers were erroneously told their Steam games would be deleted for “pornographic content,” Steam concluded that Valve “shouldn’t be the ones deciding” what players “can or can’t buy.” The storefront started accepting adult content afterward.

“We’ve decided that the right approach is to allow everything onto the Steam Store, except for things that we decide are illegal, or straight up trolling,” Steam wrote in 2018. “Taking this approach allows us to focus less on trying to police what should be on Steam, and more on building those tools to give people control over what kinds of content they see.”

Valve’s publishing service Steam Direct has very straightforward guidelines: Users cannot upload games that have illegal material, exploit children, or feature adult content “that isn’t appropriately labeled and age-gated.” But Valve has a history of stepping in and removing games that go beyond these rules. In December 2018, Steam pulled several adult games that featured young-looking characters in high school settings. Then in March, Steam dropped a low-quality porn visual novel game called Rape Day, which stars a “menacing serial killer rapist” going up against zombies that enjoy “brutally raping” humans. Valve clarified that its policy on distribution “is, and must be, reactionary—we simply have to wait and see what comes to us via Steam Direct.”

Steam’s decisions in these cases are somewhat understandable. NSFW titles that pander to fans of shotacon and lolicon fans (Japanese illustrated child pornography) are enabling sexual depictions of underage characters. It’s a legal liability to host these games in many regions, too. And one could argue Rape Day was “straight up trolling” Steam, hence its ban.

But Taimanin Asagi isn’t a low-quality visual novel by any stretch of the imagination, nor does it feature illegal content. Sure, the game offers numerous depictions of fictional nonconsensual or dubious consensual sex (or noncon and dubcon). But so do itch.io, ManyVids, and Nutaku. By removing Taimanin Asagi, Valve implies that it will arbitrarily remove adult games without clarifying its rules. That exposes adult creators to more risk, which could upend Valve’s growing 18+ content ecosystem.

“Developers are making games with the intention of release on Steam believing that they will be able to sell there, because there’s nothing in the content policy to say they can’t,” GamesIndustry.biz staff writer Rebekah Valentine told the Daily Dot. “When their games then get removed close to or after launch for unclear reasons, that hurts developers, and makes other developers with similar content who remain on the platform nervous for their own work.” 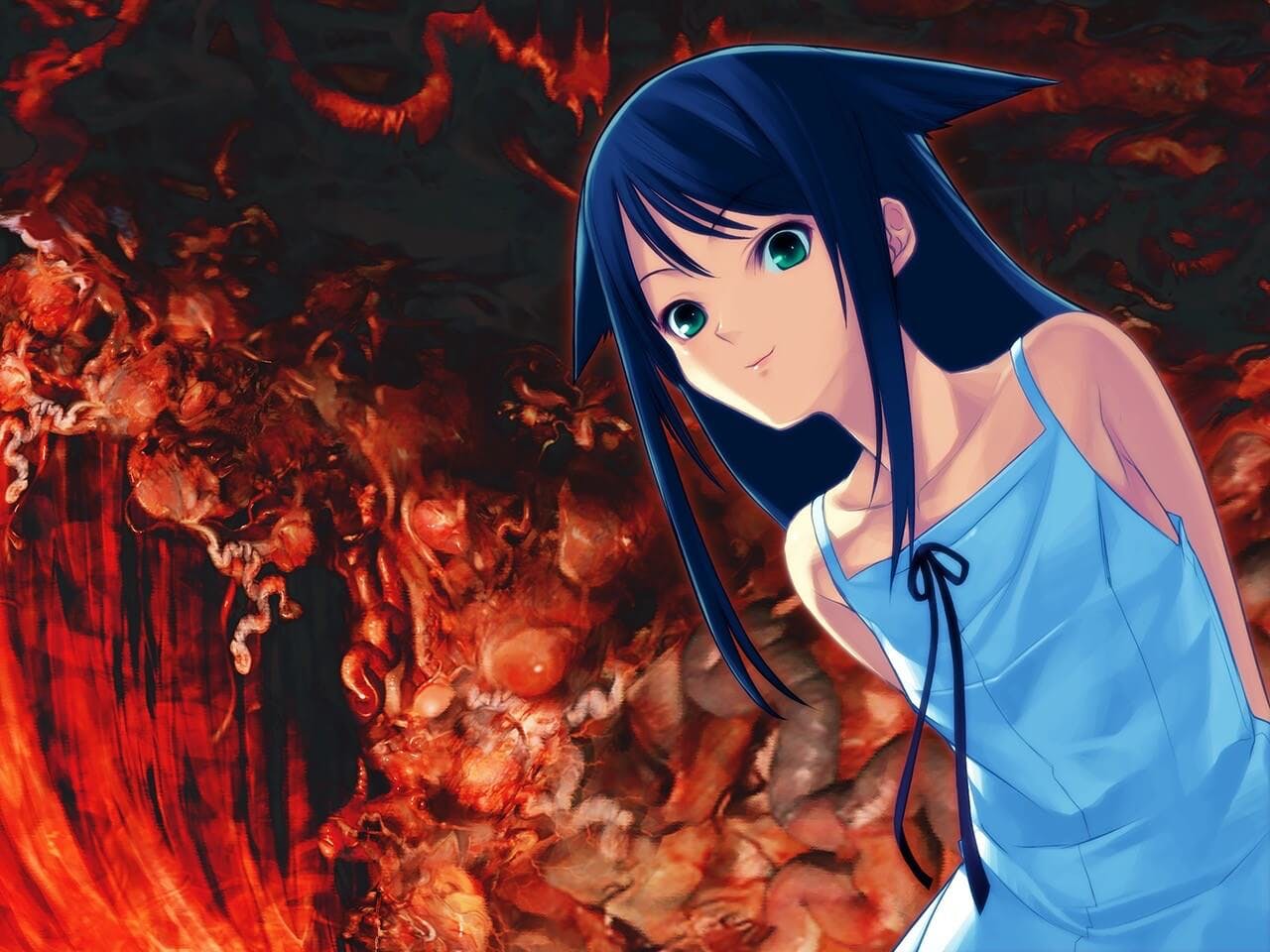 Valve’s rulings are inconsistent, too. Adult horror visual novel The Song of Saya (better known as Saya no Uta) launched on Steam in mid-August. Written by Puella Magi Madoka Magica’s Gen Urobuchi, the game features a lolicon-coded sex interest named Saya, nonconsensual sexual slavery, and multiple rape scenes. While Saya no Uta’s Steam version is censored, players can purchase an 18+ patch offsite to experience the game’s full sexual content, which includes both consensual and nonconsensual sex scenes with Saya. It remains unclear why Saya no Uta is appropriate for Steam when Taimanin Asagi isn’t.

“It’s very frightening how there are no clear rules as to what is allowed and what isn’t,” Taosym, the founder of queer adult VN company Lupiesoft, told the Daily Dot. “LiLith-soft is a pretty big VN studio compared to most, but in this market it’s becoming very difficult to even follow the rules without getting your livelihood interfered with.” 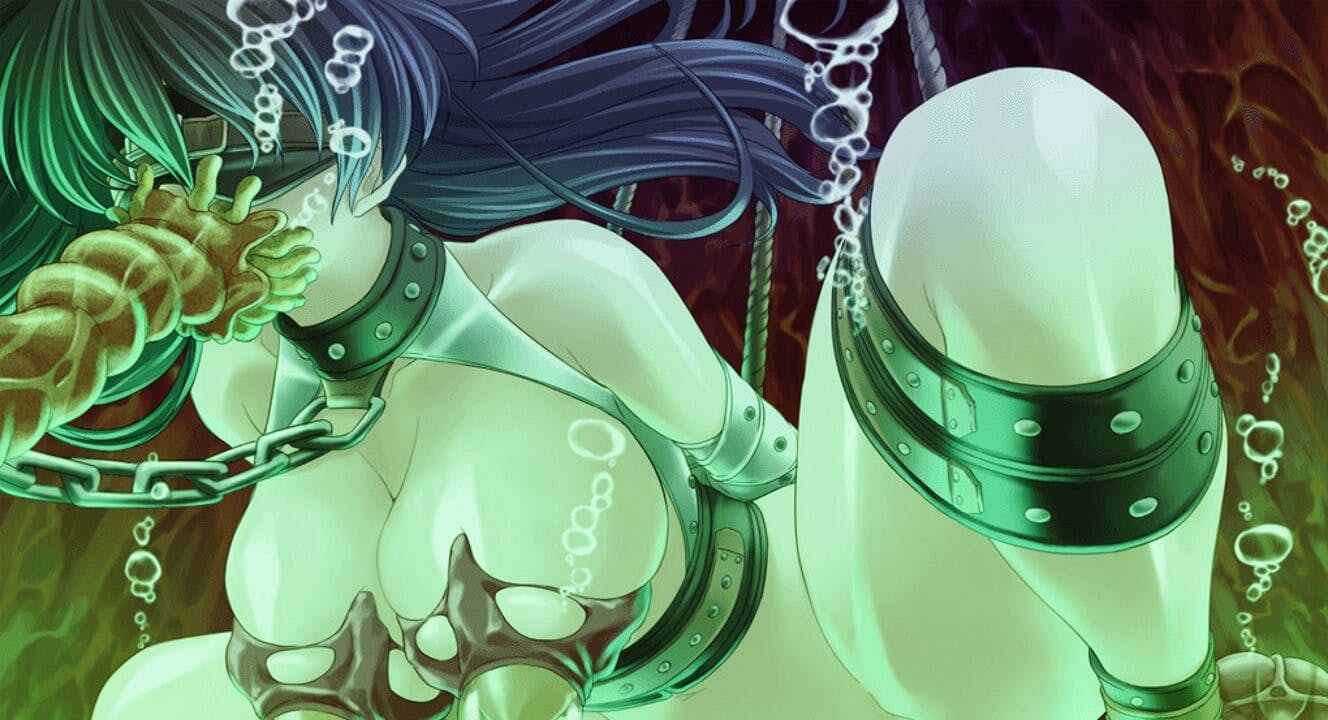 Amid all of this controversy comes an ironic twist: Adult games are exceedingly popular on Steam. Two of Steam’s top monthly games for July were adult anime titles, including the highly anticipated English version of Custom Order Maid 3D2: It’s a Night Magic. The month before, 18+ game Koikatsu Party ranked among Steam’s most popular titles as well. But despite a clear financial interest in NSFW material, adult developers have no idea why Steam bans the games it bans and keeps the game it keeps.

Protecting adult content creators is a fundamental cornerstone in the fight for online free expression. But when Steam simultaneously profits off adult games while randomly approving and then pulling a game like Taimanin Asagi, it sets a hazy precedent for the future. Like Patreon’s NSFW content purge, pulling a series like Taimanin Asagi could lead to the removal of indie and queer adult games, too. This is particularly true for the latter, which regularly feature BDSM, fetishism, noncon, and dubcon while exploring queer sexuality. Christine Love’s lesbian visual novel Ladykiller in a Bind, for example, notoriously features deception and intrigue as part of the game’s sexual appeal. Two scenes even lean toward nonconsent.

In Lupiesoft’s case, Taosym says he will “have to rethink almost everything” because his company relies so strongly on Steam. That means creating PG-13 games alongside adult titles just to stay afloat. “People who do work in adult content are far more vulnerable and do not have access to the same advocacy tools other groups have,” he said. “It’ll start small, but I feel that slowly Valve will get more and more restrictive on indie games until to compete you need huge advertising budgets.”