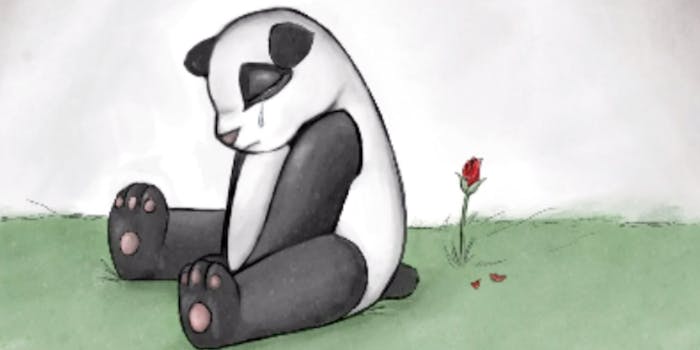 A relic of the old internet had its servers with over 15 years of content wiped out overnight.

Rumors began swirling that ExHentai’s demise might be tied to the actual locations of its servers in the Netherlands. These suspicions were quickly confirmed by ExHentai owner and administrator Tenboro. “Unfortunately, recent legislative changes in the Netherlands, confirmed by our host, has made it impossible to keep the status quo going,” Tenboro wrote on ExHentai’s sister-site E-Hentai.

Tenboro added that a simple backup and reupload of the site wouldn’t be as simple as setting up a type of file like a torrent because “the source image files alone weigh in at over 50 terabytes.”

There are unverified rumors that Reddit’s technology board did a site-wide backup of Sad Panda. Yet, that seems unlikely because the file size in question appears to stand at under 50 terabytes.

A relic of “the old internet” is now gone after around 20 years of existence. During its time, ExHentai received over 40 million visits and was ranked 264 in terms of popularity for sites on a global scale, according to SimilarWeb metrics. Additionally, many users have pointed out that were it not for ExHentai, a huge library of non-pornographic art books would be completely lost to the annals of history.

The disappearance of Sad Panda does provide an example of a weird phenomenon. The World Wide Web feels infinitely more streamlined than it did in the years prior. With the permeation of social media sites and how often they seem to function as portals for any other online content, the internet is beginning to feel both smaller and fleeting.