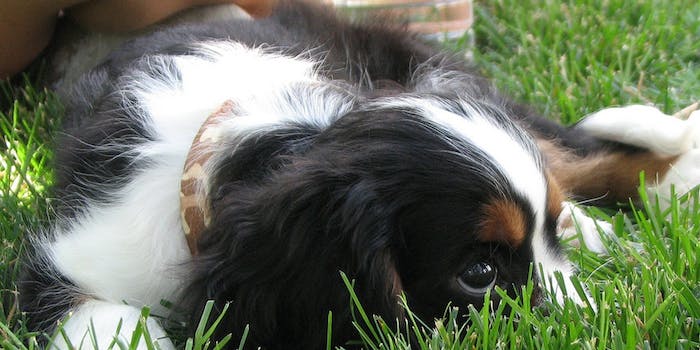 A grieving grandpa gets a puppy from his family

I really should stop cutting these onions.

Break out the tissues. In this video posted by YouTube user Davy Vanhaesendonck, he and his family give their grandfather a gift he will never forget.

In the span of four months, the grandfather lost his wife of 63 years, and a few months later his dog. To help him with the grieving process, the family decided to get grandpa a puppy, which they named Snoopy. Vanhaesendonck says in the clip:

As most of you already know we have lost someone very special last week – especially our grandfather. And because he is certainly not alone and surrounded by the best friends and family – we have planned a surprise for him on this sunny day, a surprise we are going to give him as one family.