A Florida man misdialed a drug dealer’s number and ended up contacting a Martin County Sheriff’s narcotics captain instead. The text message exchange ended in the man’s arrest (of course).

The Martin County Sheriff’s Office posted screenshots of the text messages between the cop and the man on its Facebook page, calling it an example of when “texting goes wrong.”

The man, William Lamberson, started the conversation by texting the narcotics captain to tell him that they had just met at 7-Eleven and asking to buy some weed. At first, the cop tried to dissuade Lamberson from messaging him, responding, “I don’t know you.”

But Lamberson continued to send him messages, and the captain eventually started catfishing him, pretending to be a drug customer. “You got any hooks for sum blow[?]” the captain texted Lamberson.

Lamberson responded, “I actually do man.” 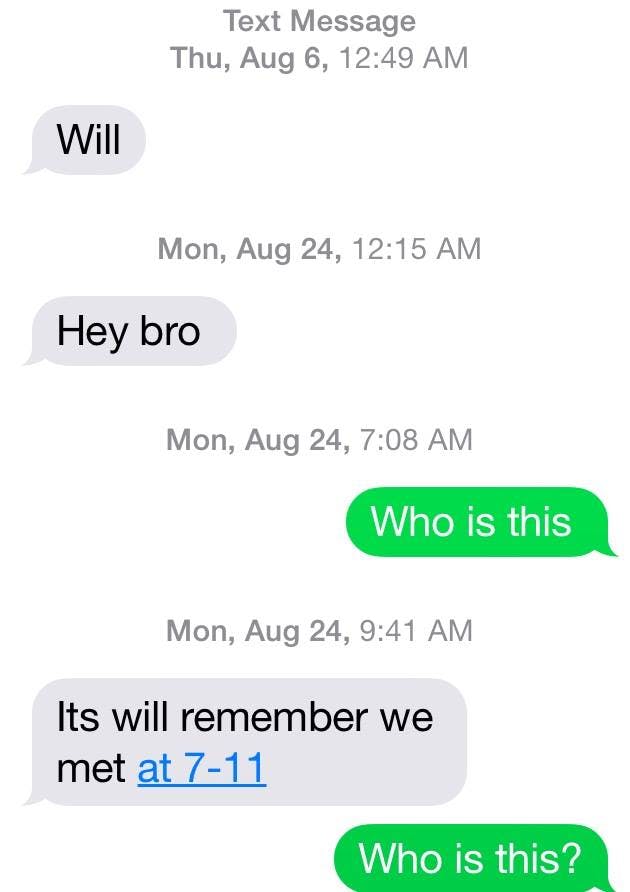 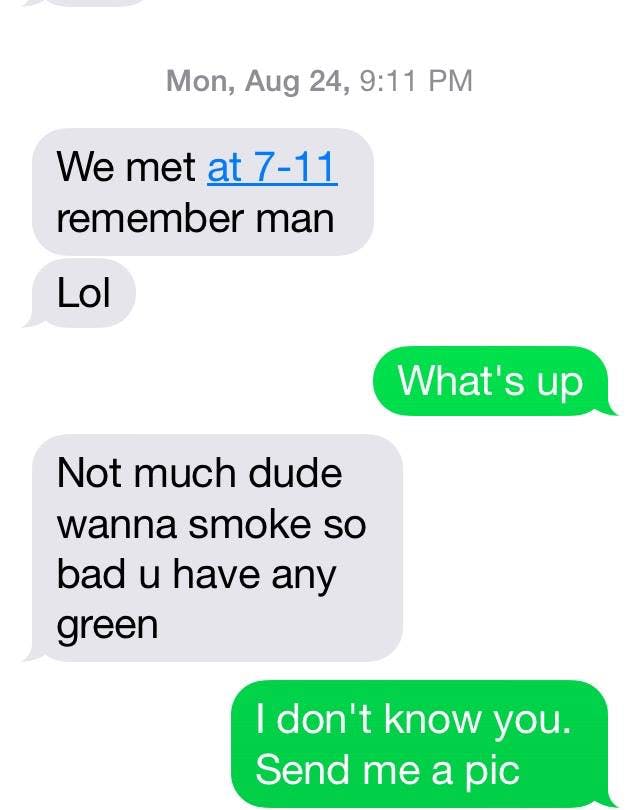 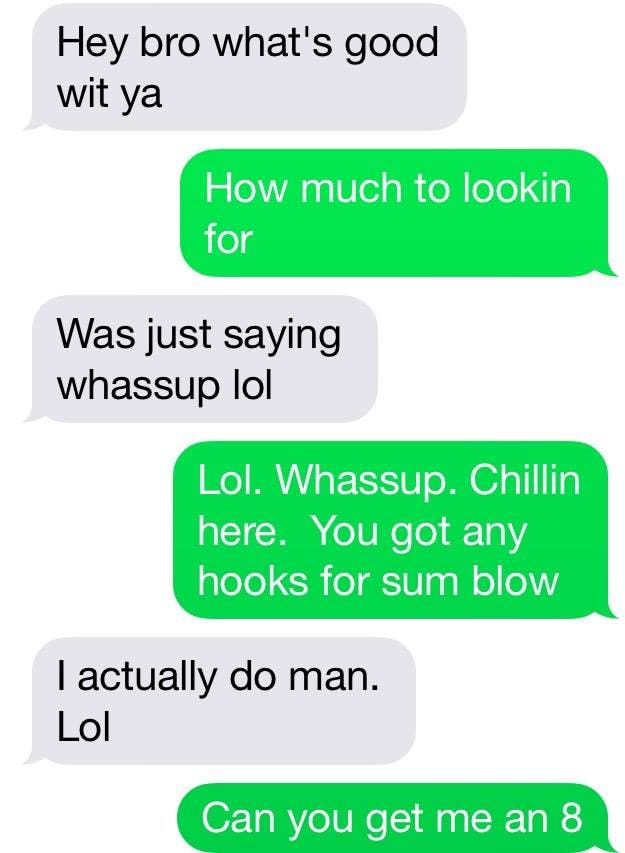 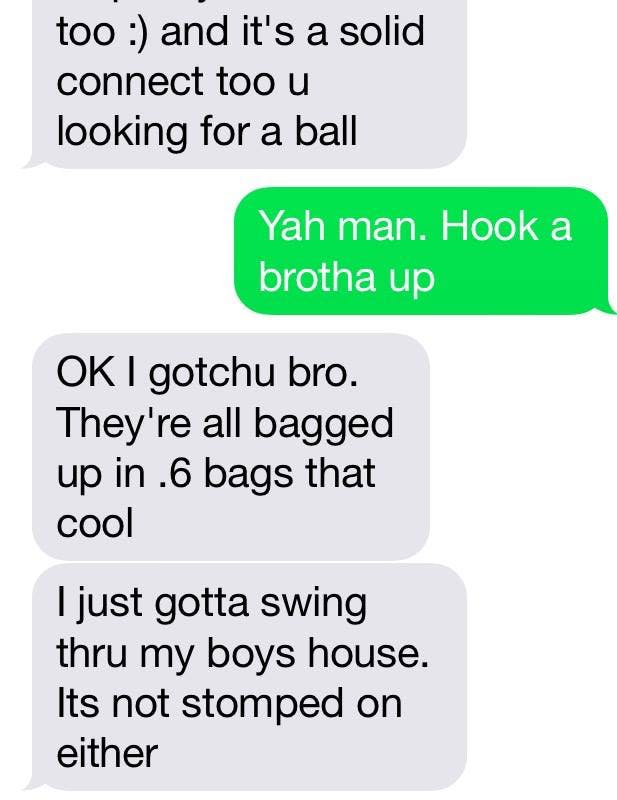 “Although a friendly face to face didn’t happen overnight, Lamberson continued his electronic dialogue, and eventually, a controlled cocaine transaction was underway,” the Martin County Sheriff’s Office posted on Facebook.

Lamberson was arrested on Sept. 1 and charged with possession of a controlled substance with intent to sell. Reactions to the Facebook post were mixed—some users were amused by Lamberson’s misfortune, while others blamed the sheriff’s office for setting him up.

“He was asking for pot and you flipped the conversation completely by asking him if he could get you some blow,” one user wrote. “You clearly were desperate for an arrest and used trickery to to get one.”

There’s been no mention of who the person Lamberson “met” at 7-Eleven actually is.