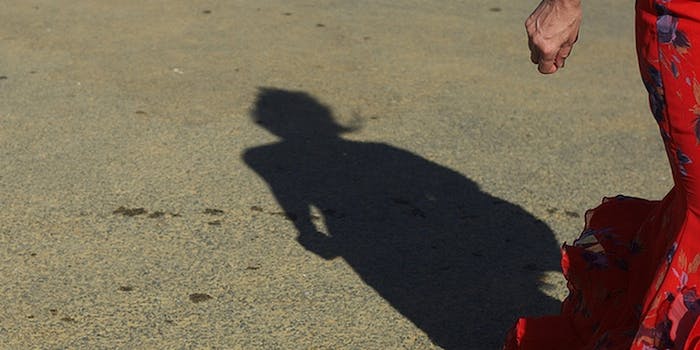 When you’ve been harassed, there’s often the post-incident push-and-pull: What should you have said?

Every woman who’s ever been harassed on the street has likely had the urge to talk back. There are even channels for it now, like Tatyana Fazlalizadeh’s “Stop Telling Women to Smile” public art project, and the activist site Hollaback.

Still, when you’ve been harassed, there’s often the post-incident push-and-pull: What should you have said? Over the weekend, an anonymous woman took out this Minneapolis Craigslist ad to address her “missed connection.”  To set the scene, this happened at 4:30pm on a Friday, as she was standing at an intersection, waiting for the light rail:

“So, that’s where we were. Me, minding my own business. You, apparently observing my ass. At that point you had options. You could have driven past me and said nothing. You could have turned up your radio and waved, ensconcing us in some beats and camaraderie. You could have shouted out, “Happy Friday! Yeehaw!” Any of those options would have been great. I probably would have waved, smiled, and started my weekend on the same high note as you.

“Instead, you chose the most pathetic option available to you: You leaned out of your window and made some ridiculous series of leering comments about whether I was wearing a thong, right as the light changed and you peeled off, pleased with yourself and saved from any consequences.”

She then gets to the central issue of street harassment:

“Let me make this abundantly clear, to you and to the other men reading this: when you comment on a woman’s appearance, you are not doing it for her. You are doing it for you. It’s not some great way to make a woman feel sexy and appreciated. It’s not flattery, even if you mean for it to be. The only thing it is is a great way for you to create a shitty power dynamic, by which you have announced yourself as the arbiter of her value, and you’ve deemed her fuckable, and she is supposed to be happy or impressed by that. “

Interesting to see a missed connection used in this way. Hopefully it connected.