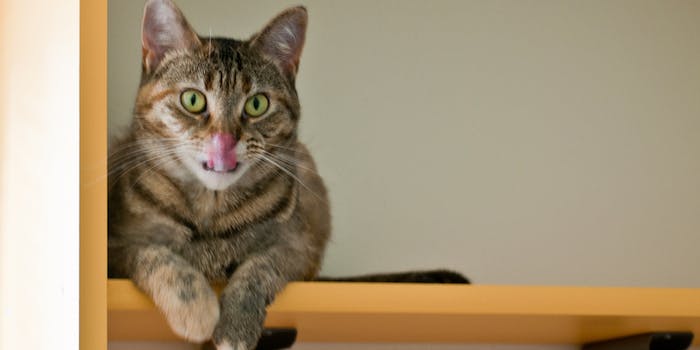 Smash your way to victory as a furry little bulldozer.

The next time your cat knocks a valuable heirloom off of a high shelf, don’t scold her. She was merely trying to score points.

“Catlateral Damage,” a game by indie developer Chris Chung, lets players crawl into the minds of the Internet’s favorite—and most destructive—domesticated animals for two minutes. The object is to roam around a meticulously-decorated room and use your paws to knock over everything in your path. The more objects you demolish, the more points you earn.

Of course, you can choose to be a well-behaved cat and take a stroll that does not result in broken goods—but where is the fun in that?

While the game’s graphics leave something to be desired, “Catlateral Damage,” is just a prototype. According to The Verge, Chung has plans for a full release sometime in 2014.