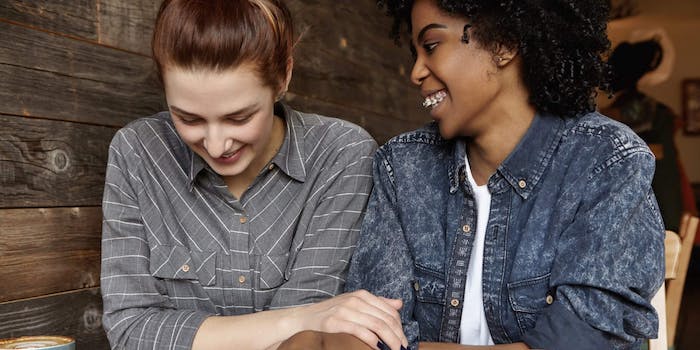 Lesbians can have a little erotica, as a treat.

As pulp literature became prevalent in the post-World War II era, mass-produced fictional paperbacks about lesbian eroticism hit the shelves in the U.S. While these stories weren’t necessarily lesbian erotica in the modern sense, they introduced the idea throughout the ’50s and ’60s that women could, in fact, sexually desire other women. As queer rights emerged and tangled with the feminist sex wars during the ’70s and ’80s, lesbian women began penning their own stories, this time by and for queer women. Lesbian erotica has since become much less taboo, and while it’s not quite mainstream yet, it isn’t as difficult to find in 2020.

With all that said, where should you look for lesbian erotica online? We’ve selected the top sites, eBooks, apps, and more for everything from the most mundane to the kinkiest.

Be warned, all three sites aren’t quite as heavily curated as a paid lesbian erotica collection. Literotica’s stories range in quality, some r/GondWildAudio users play with hard kinks like fictional incest fantasies, and Nifty is notorious for its lax rules on erotica with underage characters. So do a little research on the stories you find and make sure you read any warnings.

Cleis Press’ Best Lesbian Erotica series is over two decades old now, and yet every new release finds another way to innovate the lesbian erotica genre. The latest iteration, Best Lesbian Erotica of the Year, Volume 4, is edited by erotica titan Sinclair Sexsmith, and its quality shows. This collection features everything from kinky leather play to femme group sex to gorgeous, affirming trans lesbian desire. It’s as hot as it is diverse, and readers can pick up the series in eBook form or print for just $16.95.

Queer news site Autostraddle has a treat for lesbian erotica fans, and it’s called Slick. Every Thursday, Autostraddle will share an “X-rated” erotica story for its readers, who are predominantly “queer and quarantined as fuck.” Autostraddle works with a pretty open-ended definition of erotica, deferring to the writers themselves to come up with the content. Anything goes—from true-to-life confessions to fictional erotica—as long as it’s hot as hell.

Sign up for Autostraddle’s A+ program to get started reading the Slick backlog.

Subscriptions come in two packages, either an $8.99 monthly deal or access for $47.99 per year. For a few sample recordings, head on over to the Dipsea website.