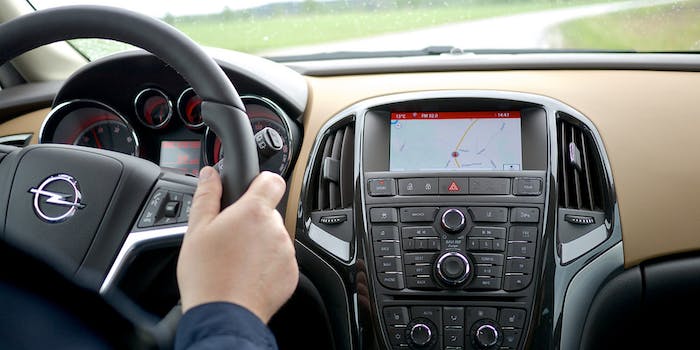 Technology is making it so much easier for criminals who do stupid things to get caught. From sharing selfies from stolen phones to taunting police by posting status updates on Facebook.

We can now add “programming a home address into a stolen car’s GPS” to the list of dumb things thieves do to get themselves arrested.

An Alabama teen was caught trying to break into a truck and ran away after the vehicle’s owner caught him, AL.com reports. When police showed up, they found another stolen car the thief had left on the scene before fleeing, and discovered the GPS had a new address under the “Home” category.

Turns out the emboldened 18-year-old Donnie Jaydon Terry—who was planning on boosting not one, but two cars—had programmed in his own home address, making it super easy for the cops to track him down and find him hiding under the porch.

Terry apologized and admitted he made a bad decision by stealing a car—but let’s be real, the decision to program in his own address into the car’s GPS is what’s really the most embarrassing bit of the whole ordeal.