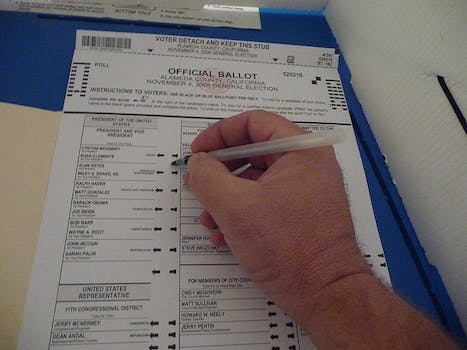 Proposition 35, if passed, will require all sex offenders to register all of their online accounts with law enforcement. Activists say it strips them of First Amendment speech rights.

Nestled between potential laws to ban the death penalty and to amend the “three strikes” law against drug offenders, Californians can vote Tuesday on Proposition 35, which would make life harder for sexual predators. And who wouldn’t want that?

Internet freedom activists, actually. They say it’s a snake in the grass, and a serious threat to online First Amendment rights.

That’s because Prop 35, designed to impose stricter penalties on pedophiles and human traffickers, contains a section that would forever bar any registered sex offender from online activity without checking in with law enforcement. Under it, even someone guilty of lesser sex crimes like indecent exposure must report all screen names to law enforcement. This includes everything from Twitter accounts to extra email addresses to video game nicknames.

“It essentially eliminates the ability of registrants to engage in anonymous online speech,” the American Civil Liberties Union’s Francisco Lobaco, told a committee discussing Prop 35. He added that anonymous free speech is protected under the First Amendment.

As is almost always the case with potential legislation seen to threaten Internet freedom, activists have accused Prop 35 of being vaguely written enough to allow a wide range of interpretations.

“The proposition leaves unclear who will be tasked with reviewing these lists of online accounts for accuracy and completeness, and there are few limits on how the data could be used,” warned the Electronic Frontier Foundation, continuing:

There is substantial risk that law enforcement will subject these accounts to additional monitoring, and that officials might turn these lists of accounts over to [Internet service providers] or popular web services and solicit the assistance of these intermediaries in monitoring users’ online behavior.  For example, if an individual on the registered sex offender list participates in an online political forum, will law enforcement actively monitor these discussion groups? Will other individuals on that forum face increased scrutiny because one of the forum members is on the registry?

Unfortunately for activists, it might not matter. According to polling by the California Business Roundtable, support for Proposition 35 has eroded steadily since this summer, but 76.5% of likely voters were still strongly in favor of passing it, at least as of Oct. 30.