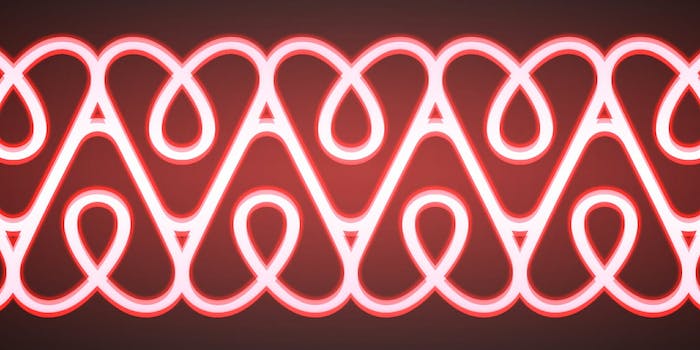 140,000-plus tell Airbnb to ditch Israeli listings in the West Bank

More than 140,000 people have signed an online petition created by a coalition of activist groups urging Airbnb to stop advertising vacation listings for properties owned by Israeli settlers in Palestinian territories.

“Airbnb is listing properties for rent in Israeli settlements that violate international law and occupy Palestinian land illegally,” reads the petition, which is a joint effort by groups including Jewish Voice for Peace and CODEPINK. “By listing these homes, Airbnb is directly helping Israeli settlers legitimize their occupation of stolen land, contributing to a key piece of the Israeli government’s decades-long policies of occupation, discrimination, and dispossession.”

“There’s no delicate way to say this: Airbnb’s rental suites are literally built on the rubble of stolen homes, orchards and fields, and displaced communities and families,” the petition continues. “At least 48,000 Palestinian buildings have been demolished to build homes where only Jewish Israelis are allowed to live—and now dozens are listed on Airbnb. Leading legal scholars say Airbnb’s rentals violate the Geneva Conventions, and the International Court of Justice has condemned them.”

In addition to the petition, the coalition also launched a sharply satirical website inviting visitors to “come stay at an illegal settlement built on stolen Palestinian land. This stolen home comes with views of the Apartheid Wall. You may hear occasional gunfire from the Israeli Occupation Forces firing zone, which recently replaced a destroyed Palestinian village nearby.”

Airbnb is an online platform where people can rent out all or a portion of their properties to other people who are willing to pay for the privilege of staying in their homes. The service, which was founded in 2008, is active in more than 34,000 cities in over 190 countries. The company’s website boasts of having more then 2 million property listings across the globe.

In statement emailed to the Daily Dot that did not explicitly mention either Israel or Palestine, an Airbnb spokesperson said the company has structured its platform in a way that both guests and hosts can hold each other accountable by leaving detailed reviews about a given property’s location.

“We believe in the transformative power of allowing people to share experiences that can come from sharing a home. That’s why Airbnb is an open platform with hosts and guests in 191 countries around the world,” the Airbnb representative explained. “We follow laws on where we can do business and we investigate specific concerns raised about listings and/or discrimination.”

Previously part of Jordan, Israel took control of the West Bank following the Six-Day War in 1967. Primarily occupied by Palestinians, hundreds of thousands of Israeli settlers have moved into the area in recent decades, a practice that has been attacked by some of the international community. A 2013 United Nations panel declared the settlements to be illegal under international law, an accusation that Israeli authorities have disputed.

Airbnb listings of homes in Israeli settlements on the West Bank have been the subject of controversy for months. In January, Human Rights Watch released a lengthy report arguing that international support of Israeli business efforts in Palestinian territories has the effect of harming the Palestinian economy.

“Human Rights Watch found that, in the context of settlements, business activities contribute to and benefit from Israel’s violations of Palestinians’ rights and international humanitarian law,” the report noted.

The Washington Post reports that Israeli settlements in the West Bank welcomed about half a million tourists last year, 20 percent of whom came from outside Israel.