ShopJeen is like if Claire’s Accessories were owned by a Japanese teenager and a part-time exotic dancer from the Valley. It has everything: knee-high pizza socks, Ryan Gosling booty shorts, and furry hoop earrings that look like the skinned corpse of Karl Lagerfeld’s cat. 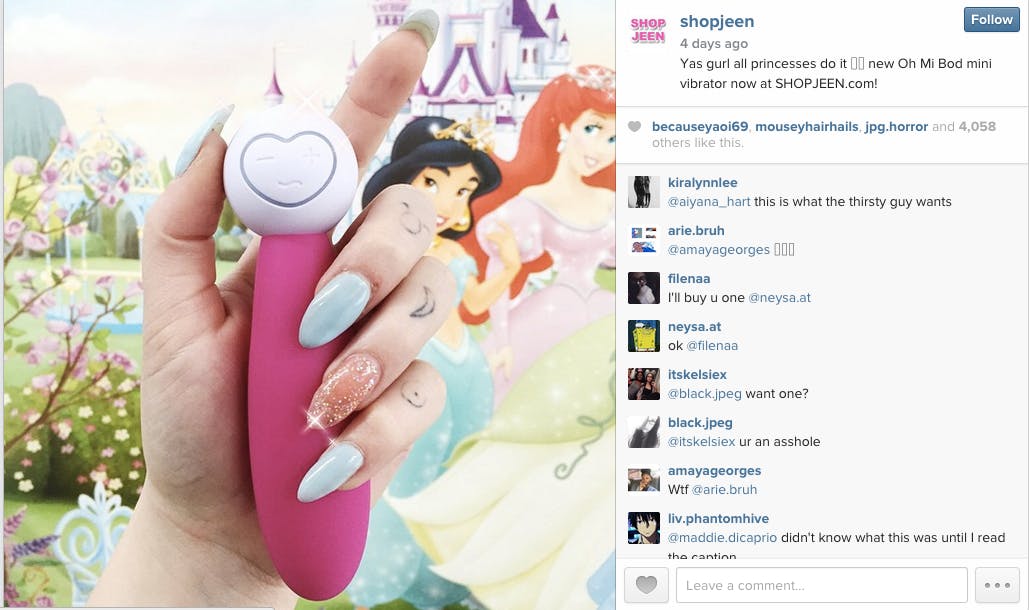 Update: The image has since been removed from Instagram.