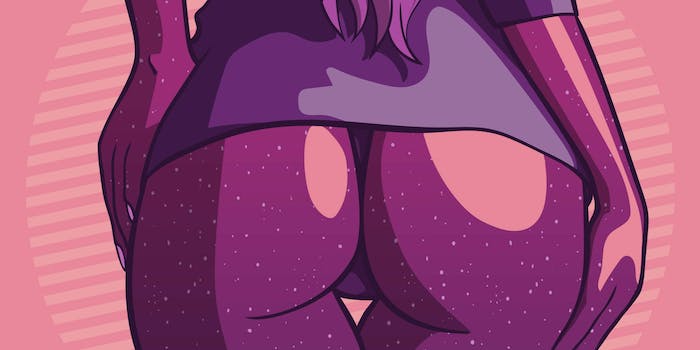 From sex workers to queer rockers, these are the 7 best adult comics

From Smut Peddler to Fakku, we've got you covered.

InCase’s The Invitation is a devilish comic series that’s as kinky as it is clever. This two-part comic follows William Loving III, a paranormal scientist who discovers a mysterious “Artefact” that slowly turns him into a submissive, feminine demon for an otherworldly master.

For boys’ love and yaoi fans, Wacoco Waco’s Can An Outaku Like Me Really Be An Idol scratches that pervy comic itch. This series follows Takumi Suzuki, an otaku student who secretly crossdresses as a popular Japanese idol named Rumepi. As it turns out, Suzuki’s secret crush Misaki Hayakawa is also into the idol world, and so begins their entanglement in this popular adult manga series.

Iron Circus Comics’ Smut Peddler series is an iconic work of queer-inclusive adult comics, and it’s hard to pick just one stand-out anthology. The series began in the early 2010s as a spiritual successor to the original Smut Peddler micro-comic series from the decade prior.

Featuring a diverse cast of characters and plenty of exciting hookups, Crossplay is as true-to-life as it is sexy. Visit publisher Iron Circus Comics’ website to pick up a digital or softcover copy.

Dystopian fiction has a new contender in Tina Horn’s SFSX. Illustrated by Michael Dowling, Jen Hickman, and Alejandra Gutiérrez, Image’s series kicked off last September and remains an eerily accurate (if not prophetic) look into a fascist American state run by a conservative, feminist-Christian, totalitarian government.

The new state is highly antagonistic to sex workers, kinksters, and queer folks, but it soon finds a formidable challenge in a group of sex workers hellbent on challenging the far-right regime. Catch up on the series via Image Comics’ website or pre-order the first official SFSX comic book volume coming this July.

The series follows Suria and Steg, a punk couple that performs together as The Rock Cocks. The comic kicks off with their decision to abandon their 9-to-5 jobs and become full-time rock stars, working toward fame, recognition, and musical glory. Expect plenty of lewd encounters along the way.

The Rock Cocks is free to read on Slipshine from the beginning to the most recent comic, with over a dozen chapters (or “tracks”) already available. Consider funding the comic’s creation on Patreon for early access to new pages.

Originally, Sunstone was available for free on Stjepan Šejić’s DeviantArt. Then, the Šejić’s struck a deal with Top Cow Productions and Image Comics for multi-volume publications of the series. Most readers are familiar with Sunstone in this iteration.

Shortly after the COVID-19 pandemic began, Stjepan Šejić offered his fans a gift: all six Sunstone volumes for free. You can download the PDFs straight from his Twitter.

“Sunstone is a mature story about immature people and in these stressful days everyone can use some distraction,” Šejić wrote, “so here’s the full 6 volumes of it for your reading fun. Enjoy.”