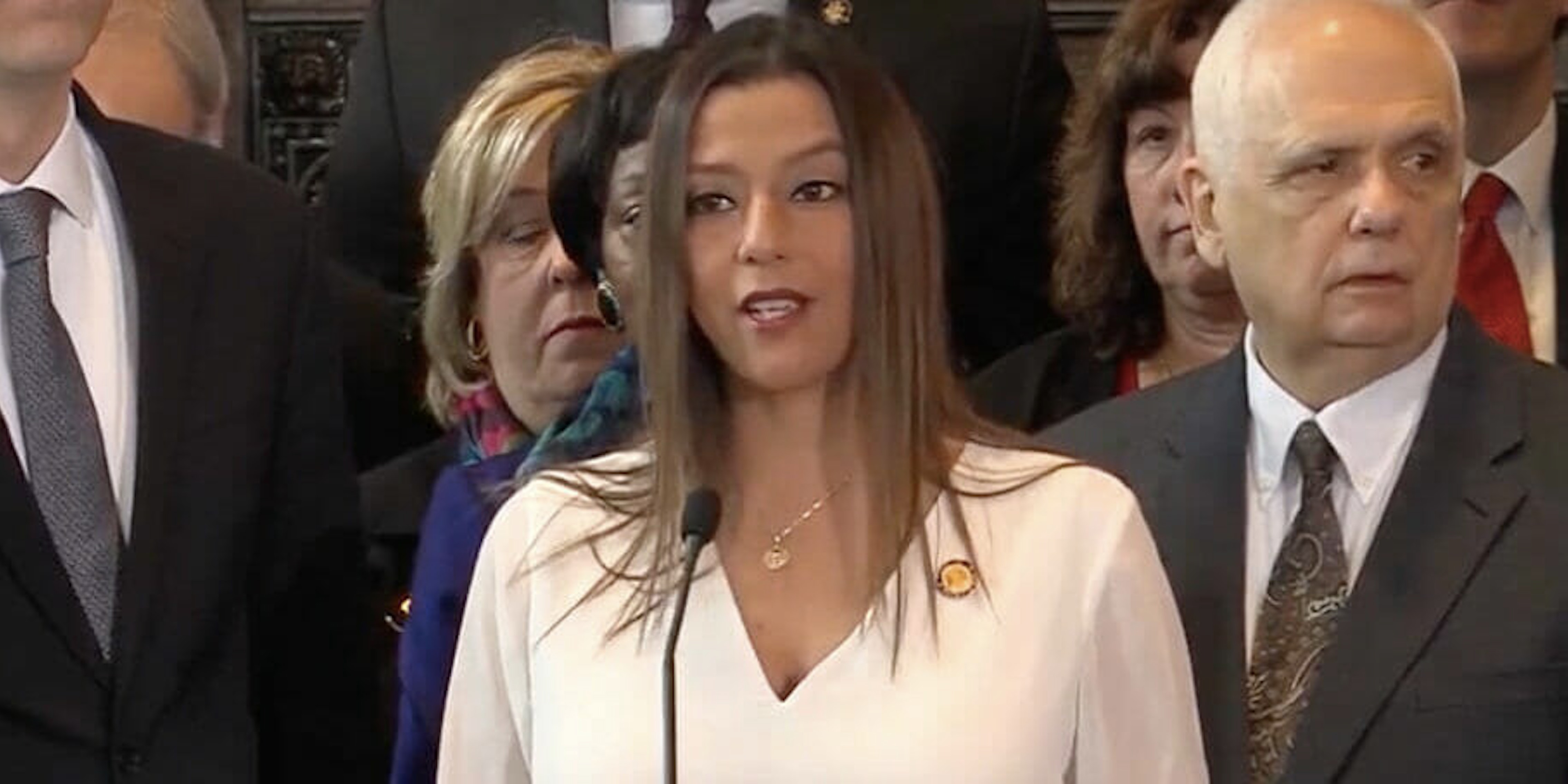 New York is now one step closer to never tolerating this abusive behavior.

So what took so long?

According to the New York Times, the bill has long been opposed by tech companies and business groups who did not want to be held accountable for unintentionally allowing the images and media in question on their platforms.

Then freshman state Sen. Monica R. Martinez arrived in Albany. In just a few months on the job, the progressive lawmaker from Long Island co-sponsored the bill and helped get it passed. Now, offenders sharing nonconsensual photos or videos not only have to remove the content, they can also be sentenced up to a year in jail; victims are also allowed to sue offenders.

Sen. Philip M. Boyle complimented Martinez on the victory. “Monica, you have done in about six weeks what it took me six years to do,” he said.

The bill had previously passed in the New York State Assembly in 2018 but died in a Republican-controlled Senate. Democrats took back the Senate in November, also helping to pave the way for this victory.

While New York’s legislation is coming late compared to other states, one part of the bill breaks new ground. The bill allows victims to file a court order directly against websites like YouTube, Google, or Facebook that would require them to take down the offensive content, or, in Google’s case, where Google might not host the content directly, to remove the offending images from its search results.

A nationwide study conducted by the Cyber Civil Rights Initiative in 2017 showed that as many as one in eight Americans have been affected by non-consensual pornography, and that women are 1.7 times more likely to be affected by such abuses. With a record 117 women elected into office in the 2018 midterms, we may see more and more legislation that protects women from various harms.