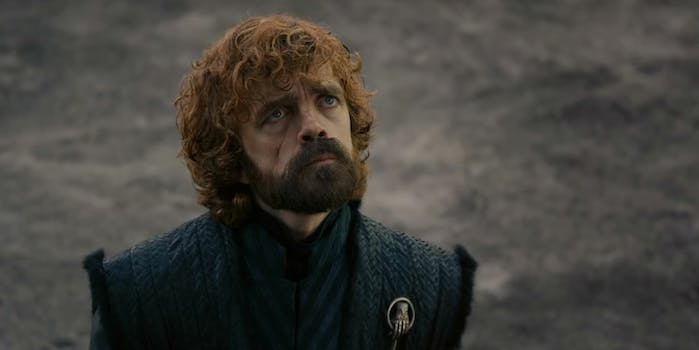 The night is dark and full of death.

Editor’s note: This article does not contain any spoilers for Game of Thrones season 8.

Game of Thrones season 8 has been a doozy, for reasons both thrilling and terribly confusing. While episode 4, “The Last of the Starks,” featured plenty of the tragedy the series is known and begrudgingly loved for, all that plus the Battle of Winterfell have left us wondering who else is going to get iced for good. A series of leaks posted this week—from a Reddit user with a history of reliable leaks—has given us a good idea of who will ultimately die in the final two episodes.

We won’t post the spoilers or any details on any individual character’s death, but you can find the original Reddit thread here if you want to dive in and absolutely obliterate any chance of being surprised these last two Sundays. All we’ll say is that, as you can imagine, the spoilers involve characters of utmost importance to the series. Some secondary characters are also implicated, and there are some general theories of how long-standing and newer conflicts between characters will resolve.

All of these leaks come via a Reddit user named cgmcnama on the r/freefolk subreddit. Keep in mind that rumors and speculation of multiple reshoots and fake scenes shot by the series’ crew are abundant. Check any thread on Reddit supposedly filled with spoilers, and you’ll find 3,000 times as many people insinuating they’re a troll or just a fool.

HBO did not immediately respond to the Daily Dot’s request for comment. No matter what happens, you can bet we’ll be covering the last two episodes of Game of Thrones and all the fallout they may bring.