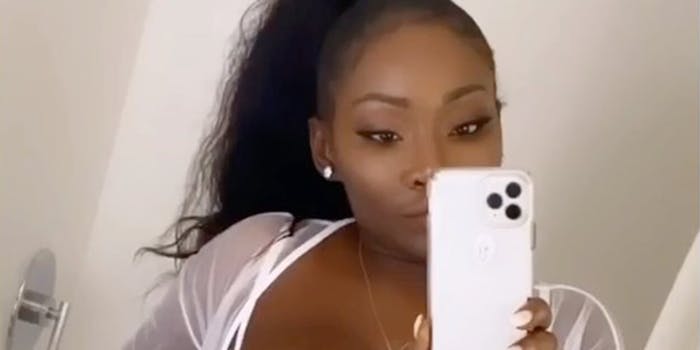 The site says there was no data breach.

Sex workers are voicing privacy and copyright concerns after reports that terabytes of data containing adult content and the names of some creators leaked from subscription site OnlyFans on Thursday.

BuzzFeed News reports that up to 4 terabytes of stolen images and videos were shared via Mega cloud storage site and rapidly circulated online.

OnlyFans officials denied the incident involved a data breach. Head of marketing Steven Pym told the Daily Dot that there was “no breach of our systems.” In a tweet, Prym said the so-called “leak” was content “curated” on other sites and apps.

Osa, who began posting to OnlyFans in October, has reason to fear content spreading beyond her paywall. She said after her personal, identifying information was leaked from a different site, she received a “high influx of stalkers in real life.”

“This is illegal and a violation of our rights,” Jade said. She told BuzzFeed that she was unsure if her content had been leaked.

Jade did not immediately respond to the Daily Dot’s request for comment.

Keni Styles, a manager of OnlyFans, tweeted that the case is “ongoing” but there is no “sensitive admin data at risk.”

“To be clear piracy is not exclusive to [OnlyFans],” Styles tweeted. “Our teams work extremely hard to issue DMCA takedown against all stolen content. This incident is being successfully shut down across multiple target sites in record time.”

One person tweeted that people should be upset about the leak because creators lost income.

OnlyFans creator Jess Miller tweeted that at least the leak will show that her content is “worth subbing for.”