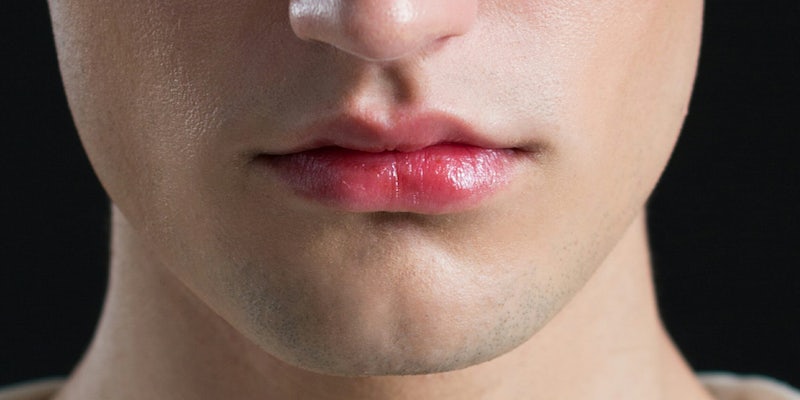 ‘Femme’ and ‘masc’ are about making identity personal

Queer gender identities are both ridiculously straightforward and endlessly complex.

As our understanding of gender and sexuality develops as a society, the LGBTQ community is on the front lines of figuring out what words to use to express gender identity. When I said this to a straight, cisgender family member, she asked, “Who makes the rules?” The answer is both no one and all of us.

Language has always grown to fit people’s needs, and it is no different in the modern queer community. Terms like masc and femme aren’t put in place by a rule maker, but over time, through how people identify themselves and the conversations they have about what those identities mean.

That being said, because these definitions are developed personally and across international discourses, they’re not always straightforward, and they can mean different things for different people. You might intuitively infer masc meaning masculine and femme meaning feminine, but they stand for much more, and their meanings can change with context.

Femme meaning: What does femme mean?

In a Bustle article explaining the difference in femme meaning and feminine meaning, Gina Tonic wrote, “all femmes hit upon two key aesthetic and identity-related traits: Being feminine and falling somewhere on the LGBTQ spectrum.”

That’s the base definition, but the term is often used in conjunction with others that add additional meaning or context.

Often people who fall under the non-binary umbrella will use femme to describe their presentation or their identity. Examples of this include “non-binary femme” or “genderqueer femme.”

Another common use of these terms is in combination with trans: transmasculine or transfeminine (transmasc and transfemme for short). Transfemme people are typically assigned male at birth (AMAB) but identify more with feminity. Examples of people who might identify with this word include trans women, demi girls, genderfluid people, agender people, and non-binary people.

Transfemme can be used as an identity, but it’s also useful for describing shared experiences and organizing events or spaces for people. While there are many experiences shared by trans people regardless of gender, some experiences are unique to transfemme folks.

Many queer women also use femme to describe themselves, and while some use masc, butch is a more common term in this subgroup of the LGBTQ community. Femme and butch were terms originally coined by the lesbian community, but they’re now also used by queer women of other identities as well. Some LGBTQ women who are between butch and femme use the word “futch” to describe themselves, combining the two.

Masc meaning: What does masc mean?

The same principle for femmes can be applied to mascs: They are masculine and fall somewhere on the LGBTQ spectrum.

According to the Gender Wiki, transmasc people are typically assigned female at birth (AFAB) but identify more with masculinity. Examples of people who might identify as transmasc include trans men, demiguys, genderfluid people, agender people, and non-binary people.

Both masc and femme can have less-positive connotations in the LGBTQ community, too.

Masc and femme (usually shortened to fem) are used as shorthand for masculine and feminine by gay men, and the terms have gotten a bad reputation for how they’re used in the gay dating scene. “No fats, no fems” was such a popular phrase in profiles on dating apps like Grindr that someone made a shirt of it. Grindr ended up changing its community guidelines to not allow “language that is used to openly discriminate against other users’ traits and characteristics” to combat the pervasive problem on their platform. “Masc4masc” is a less-aggressive common phrase used on dating apps to send a similar message.

The language of gender is evolving, and as such, there’s no way to completely capture the full variety of what masc and femme mean for the people who use them. Just as each non-binary person has a unique experience of their gender, the reasons people use the terms masc and femme are equally varied. In an effort to show what these words can mean for those who identify, the Daily Dot interviewed several LGBTQ people about their relationship with the terms.

Noel, who identifies as non-binary and genderfluid, uses the terms to create both clarity and nuance. “I use masc and femme because it’s a non-binary way of talking about the binary,” they said. “Masc and femme are more open to interpretation. Some people think being a stay at home parent is masc. Others think it’s femme. That’s why I like using these terms in conjunction with trans, because it means that I am moving towards an identity and away from expected roles and expectations.”

In a similar fashion, Max, a transmasculine non-binary person from Washington, D.C., takes the traditional use of masculinity and puts a non-toxic spin on it. “[Masculinity] exists primarily in my relation to other people,” they said. While it looks like being with “other mascs or men and participating in bonding rituals,” these rituals do not have to be about bro-ing down.

“For me, embracing masculinity looks like trying to embrace traits like self-confidence, using your strength to help others or lift them up, using privileges to stand up for people, etc.,” they said. “I once saw someone describe non-toxic masculinity for them as ‘I lift weights so I can hold every breed of dog like a baby’ and that’s the kind of energy I’m going for.”

Femme and masc add nuance to definitions of identity

Ashe, who identifies as genderfluid, says that femme and masc give them something to ascribe their ID to in trans spaces. “I don’t really identify with the term transgender because I’m non-binary,” Ashe said. “So instead of saying transgender, I can say trans-masc or trans-femme to feel like I belong in the community without making myself feel bad.”

Chris, who is non-binary and genderfluid, said that femme and masc also gives their identity more nuance. “For most of my life, I didn’t have the words to describe what I felt,” they said. “In the early 2000s, I briefly questioned if I was a trans woman. After reading about the experiences of many trans women, however, I decided that label didn’t seem to fit me. I see myself as a combination of masculine and feminine. I enjoy working out with weights and like developing a more muscular frame, yet I also like trying on different looks with makeup.”

Femme and masc are personal

To some people, femme simply means what has been traditionally defined as feminine. “I wear lots of dresses, have long hair, love jewelry and a feminine figure, so I call myself femme,” said Alexa, who is agender.

The definitions of femme and masc are both ridiculously straightforward and endlessly complex. While they correspond to feminine and masculine, the connotations in any specific LGBTQ community, or to any specific person, can vary a lot. Just as with new words for sexualities, ultimately, it’s about people finding words that feel comfortable. While there are general ideas of what femme and masc mean, the most important thing is respecting how people identify and present that identity.