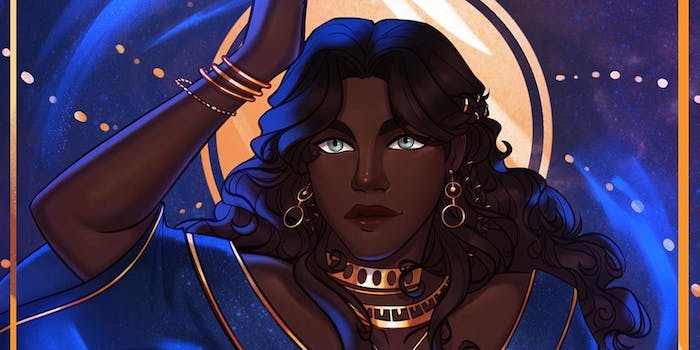 Looking to pick up a few NSFW visual novels during quarantine? A new itch.io bundle is offering over a dozen 18+ games on sale for just $10 as part of a Black Lives Matter fundraiser supporting Black trans people.

All proceeds go directly to the Okra Project, a collective that pays Black trans chefs to visit Black trans people and serve home-cooked meals at no cost to the recipient.

Truant Pixel Vice President Souha Al-Samkari organized the fundraiser after itch.io’s immensely popular Bundle for Racial Justice and Equality declined to include submissions with adult content. Thanks to help from her fellow visual novel and romance game developers, Al-Samkari was able to reach out to creators and organize the collection.

“There was so much going on at the time [in June], and of course all of it still is⁠—but since it was Pride month at the time, the thought was to try and do something to help Black LGBTQ folks specifically,” Al-Samkari told the Daily Dot. “Naturally Black Lives Matter and Pride ought to be considered year round, so we didn’t want to rush and get it done in June, and pushing it out to July would allow us the time to organize properly.”

Love Shore only has a free demo and is still in development, but co-writer and co-producer Son M. told the Daily Dot that she wanted to include her game in the bundle anyway. By including Love Shore, she could use her platform to “push for something we believed in” and get the word out to her audience, which is already supportive of efforts like Black Trans Lives Matter.

“This project was made with a lot of love and supporting Black Trans Lives is its main objective,” Son M. said. “The games are an amazing bonus!”

The Visual Novel Romance Collection for Black Trans Lives starts Friday, July 10 and lasts until July 31. For game developers who missed the chance and are interested in joining the bundle, Al-Samkari teases there may be another collection down the road.

“I’m deeply grateful for everyone who helped me either behind the scenes or by contributing their project. And if anyone sees this and thinks ‘why not me, I would have loved to/my project would be perfect’ please get in touch and I’ll be certain we collaborate on next year’s, if we’re so lucky,” she said.