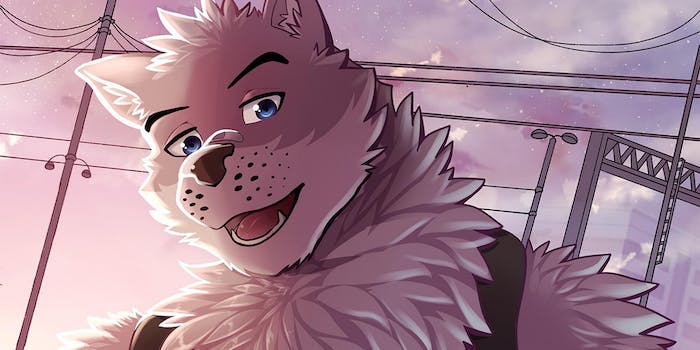 Romance your buff best friend, a twinky cheetah, or a handsome fox.

Looking for an anthropomorphic escape? One popular visual novel on itch.io promises gay furry romance while on a retreat to a town in the mountains. And you can expect plenty of queer yiffing scenes along the way.

Sileo: Tales of a New Dawn follows Adrian, a gay furry who grabs a train ride to Woodcrest to start a new life. Adventure awaits, and players can help Adrian “reunite with an old flame, make new friends, begin a new career, and perhaps even find love.” This includes a cast of gorgeous queer furry boys, from Adrian’s large, buff best friend Diego to the adorable twinky cheetah Axel.

“There are, at present, four main storylines planned for inclusion with the possibility of more being added at a later stage,” development studio Werecat Entertainment writes on Patreon. “We plan to complete the introduction segment of the game first before moving onto the first main storyline.”

“Play through multiple unique novel-length storylines in which you’ll overcome great obstacles, meet a litany of colorful characters and perhaps even fall in love with the man of your dreams!” the game’s itch.io page teases.

For now, Sileo is only available as an uncensored title given its sexually explicit material, although the developer says a censored version “may be made available.” Bear in mind the visual novel is still designated as solely “suitable for mature audiences.”

Sileo: Tales of a New Dawn’s version .10.1 demo is available for PC, Mac, Linux, and Android on itch.io. Future free public builds will be available on itch.io as they’re released. Interested fans can support Werecat Entertainment on Patreon to receive early access to in-development builds.

The Daily Dot reached out to Werecat Entertainment for comment.