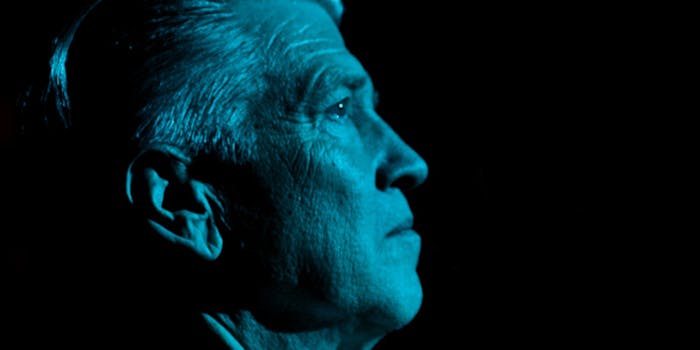 That gum you like is officially back in style.

If there’s one lesson to be learned from modern television, it’s that a show is never really dead if people still love it.

Proving that this is true beyond a shadow of a doubt, David Lynch’s seminal ‘90s mystery Twin Peaks returns tonight for a special nine-episode run on Showtime. This will hardly be the first time a show has returned from the brink of oblivion in recent years (thanks streaming services!), but what’s unique about Twin Peaks is that it marks the biggest gap in TV resurrections pretty much ever, save for TNT’s recently cancelled Dallas reboot.

Yet bringing Twin Peaks back kind of makes complete sense. Although it premiered in 1990, Twin Peaks was the perfect precursor to television’s current creative revolution. Upon hearing the news of its return, Vulture’s Matt Zoller Seitz wrote:

The news that David Lynch and Mark Frost are reviving Twin Peaks brings a particular entertainment narrative full circle. We truly are back where we started… The arty, boundary-breaking drama as we now know it wouldn’t exist without Twin Peaks, which ran two seasons (one and a half, really) from 1990 to 1991. The series is canon now. Everyone knows what it was, and is, and meant, even if they haven’t watched a frame. Everything from The Sopranos to American Horror Story owes it a debt. So it seems only fitting that it would finally reemerge on the medium that birthed it.

In 2010, Vadim Rizov at IFC said that Twin Peaks was “less influential that desired.” With all due respect to Mr. Rizov, that’s bull. Twin Peaks was the beginning of modern television, and now, on the eve of its comeback, it is all but essential for TV fanatics to catch up, and make note of the reasons why.

1) It made television more cinematic

Lynch did not direct every episode of Twin Peaks, nor did he and co-creator Mark Frost write every episode. But their imagination permeates the entire series. Lynch’s style in particular shines through, translating remarkably well from the big screen to the small.

Before Twin Peaks, the notion that a major movie director, much less a master filmmaker like David Lynch, would even approach television was unheard of. But with Twin Peaks, Lynch showed that TV could, under the right circumstances, be just as captivating, just as artistic, and yes, just as cinematic as cinema itself.

In recent years, everyone from legendary directors like Martin Scorsese and House of Cards to indie upstarts like Cary Fukunaga and Lena Dunham have taken their talents to television. Moreover, the “auteur theory,” which suggests that a film can be the result of one director’s singular vision, and that that director is its unequivocal author, has come to television too. Comedian Louis C.K., of FX’s Louie has definitely demonstrated this, directing, writing, and editing almost every episode of the show by himself. And this year, Transparent creator Jill Soloway said she approached her much-praised Amazon series more like a long movie than a traditional TV show.

Twin Peaks is the reason cinematic visionaries like Jane Campion, Steven Soderbergh, and Whit Stillman are abandoning movies for television, and why the film world’s loss is the viewer’s gain, as TV’s “third golden age” reaches new artistic heights.

2) It gave TV permission to be weird

There was a big discussion surrounding True Detective’s relationship to weird fiction, which eventually became so passionate that it spilled over into accusations of plagiarism. But none of the weirdness in True Detective would have been possible had Twin Peaks not become the TV legend that it is. This pie-loving, log-whispering, backward-talking, walking nightmare of a show has long been the template for how to go weird. And we’re talking really weird. That this show aired on network TV in 1990, years before the premium cable revolution really took hold, and that it came from David Lynch, the king of weird filmmaking, feels like nothing short of a miracle in retrospect.

The creatures of The X-Files. The dream sequences of The Sopranos. The puzzles of Lost. None of these would have been possible without Twin Peaks. Thankfully though, Twin Peaks exists, and viewers lives’ have been better since the early ‘90s for it.

Sure, there had always been TV cliffhangers, capable of captivating the country’s attention; the “Who shot J.R.?” storyline on Dallas instantly comes to mind. But no other show drew out one, long mystery the way Twin Peaks did. And therein, it truly paved the way for the “television that feels like film” era. Pre-Twin Peaks, a show’s cohesiveness over the course of a season was not as important as how the individual episodes stacked up. But post-Twin Peaks, these attributes became equally important.

Twin Peaks also paved the way for TV fandom, a good decade before the rise of the internet. It was a show that naturally lent itself to intricate theories and obsessive scrutiny. Which is why its resurrection seems almost overdue.

4) It redefined the procedural

It’s common knowledge that the first cop show to seismically change the way people thought about cop shows was Hill Street Blues. Twin Peaks, on the other hand, while not a traditional cop show, pioneered something else—the long-form crime story.

As opposed to the likes of Peter Falk vehicle Columbo, which followed one detective, investigating different murders each week, Twin Peaks changed the formula to one detective investigating one murder. Of course, to say the show was all about Kyle MacLachlan’s eccentric Special Agent Dale Cooper would be inaccurate, since the rest of Twin Peaks, the town, added so much color to the show too. But what Twin Peaks really did perfectly was to take a classic detective yarn (i.e. someone is thrown into a situation they are not used to, with people who they do not know, and forced to solve a murder) and make it accessible for television.

Twin Peaks premiered the same year as Law & Order, and although the latter ran 18 years longer than the former, both were remarkably prescient in their take on the television crime show. Today, most either follow the Law & Order mode (i.e. a “killer of the week” story, steeped in rigorous format) or take the Twin Peaks route, which focuses more on how a specific crime affects those involved, and the larger community it took place in.

Few shows blend these methods in perfect balance. (The Wire comes to mind.) But although the Law & Order method continues to dominate network and basic cable television, the Twin Peaks model is more indicative of the character-driven crime shows which have sprung up everywhere in TV’s third golden age, including The Killing, Top of the Lake, Broadchurch, and most recently, True Detective.

5) It demonstrated the power of the short season

The one show listed above that was not conceived as a season-long narrative was The Killing, which, like the Danish series it was adapted from, carried its central mystery over into its second season. Sadly, this ended up being the initially well-received show’s downfall, as latter years could not live up to the forward momentum of the mystery that was built up in the first season.

Though completely dissimilar in tone, The Killing’s story was so similar to that of Twin Peaks, they marketed the first season off the tagline, “Who killed Rosie Larsen?”, Larsen being a murdered teenage girl whose very conceit felt like an obvious reference to Laura Palmer. As it happens, The Killing should have taken note that, as was the case with Twin Peaks, a great mystery is often better suited to one season, and expanding the show beyond that can heed trouble.

While Twin Peaks resolved its big mystery in year two, the show struggled to maintain an audience in that longer sophomore season, which took things beyond the scope of Palmer’s murder. Most agree that it ended on a high note (a movie, Twin Peaks: Fire Walk with Me, released in 1992, also helped to tie things up), and the prospect of bringing the show back has been met with (qualified) excitement. Yet one of the strangest elements of Twin Peaks’ legacy remains its inadvertent discovery that you can make more of a mark with a few great episodes than you can with a bunch of good ones.

British television had already figured this out by the time Twin Peaks came along, but as miniseries and anthology shows become ever more popular in America, it continues to be a pivotal reference point. Today few programs have packed as much atmosphere, ingenuity, and craftsmanship into such a short run. However, countless shows have also learned from Twin Peaks’ mistake, or found out the hard way: Sometimes, less is more.

But while we don’t know yet what the resurrected Twin Peaks will ultimately look like, it’s safe to say that its place in TV history is already secure. Whether the new episodes recontextualize the show in an exciting way, or whether they prove to be a more divisive continuation (here’s looking at you, Arrested Development), Twin Peaks is, in many ways, the defining show of TV’s current golden age. It just happened to precede that golden age by about 10 years.