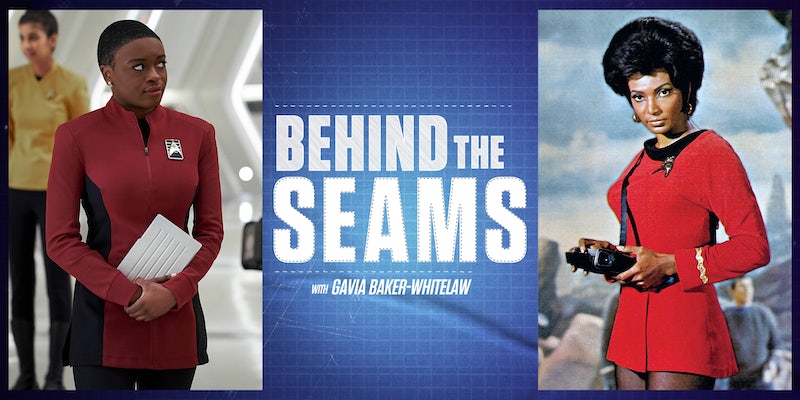 From its 1960s roots to the present day, the Starfleet minidress reflects our evolving views on gender presentation.

Star Trek‘s minidresses are an iconic piece of sci-fi costume design—a product of 1960s pop culture, rebooted and reevaluated throughout the franchise’s six-decade history. On this new episode of the Daily Dot’s costume design YouTube series Behind the Seams, we dig into the deeper meaning of the Starfleet minidress—and what it says about Star Trek’s evolving gender roles.

When Star Trek: The Original Series launched in 1966, female Starfleet officers like Lieutenant Uhura wore super-short minidresses while their male colleagues wore pants and color-coded shirts. But while there’s an obvious eye-candy element to this costuming choice, miniskirts had more feminist connotations than modern viewers may realize.

The mini skirt trend arrived in response to the restrictive fashions of the 1950s, overlapping with the women’s liberation movement. And as actress Nichelle Nichols explained, Star Trek‘s utopian setting emphasized the idea that “in the 23rd century, you are respected for your abilities regardless of what you do or do not wear.”

As new Star Trek spinoffs arrived in the 1980s and ’90s, the Starfleet uniform moved with the times, with most characters wearing jumpsuits. However, The Next Generation also introduced an intriguing detail: A handful of male Starfleet officers wearing a new version of the minidress, now known as the Skant. In theory, this classic costume was now a unisex garment.

In the more gender-inclusive era of Star Trek we see today, shows like Star Trek: Discovery and Strange New Worlds have given the Skant a new lease on life. And as we explain in this video, the uniform’s evolution tells us a lot about which clothes are perceived as truly gender neutral.