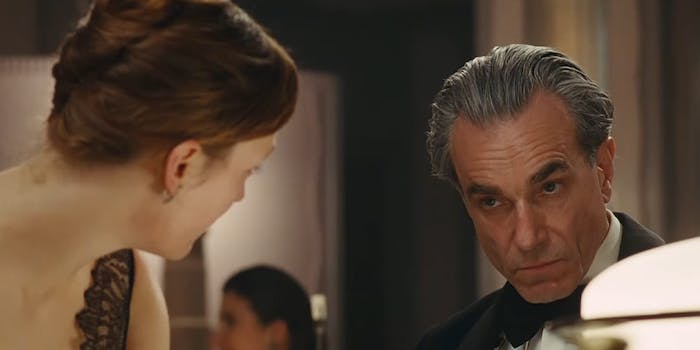 These ‘Phantom Thread’ memes are best over breakfast

Paul Thomas Anderson’s latest film, Phantom Thread, feels like it was made for the internet. There’s punchy, quotable dialogue, innumerable laugh-out-loud moments, and scenes that will undoubtedly become popular GIFs. Daniel Day-Lewis, in his last acting role (he says), plays Reynolds Woodcock, an extremely high-maintenance fashion designer in 1950s London. Woodcock falls in love with a woman named Alma Elson (Vicky Krieps), who regularly challenges the designer and his “fussy” ways. The film is beautiful and textured. It’s also hilarious in a way that seems very self-aware of itself. So, naturally, there are memes.

Since the film was released nationwide in January, Phantom Thread memes started popping up on Twitter. The memes only make sense to people who have seen the film, creating a niché audience for jokes that hopefully will grow as more and more people see the film (yes, you should see it).

One of Woodcock’s quirks is that he must begin the day with a proper breakfast, and limited distractions, in order to work. There are many scenes of the characters eating breakfast together, and the best dialogue in the film occurs during these moments. Woodcock’s comically large breakfast order at the beginning of the film, as well as his devotion to breakfast in general, is at the center of many Phantom Thread jokes on the internet.

ME: A Welsh rarebit, with a poached egg on top — not too runny — bacon, scones… butter… cream… jam — not strawberry. What else?
BURGER KING DRIVE-THRU: [inaudible]

I want a "Phantom Thread" VR game where the goal is to eat breakfast quietly enough as to not disturb Reynolds Woodcock.

These memes, which use Simpsons scenes to sum up Phantom Thread, are surprisingly accurate.

2017, a year in movies: LADY BIRD (Gerwig), THE SHAPE OF WATER (Del Toro), PHANTOM THREAD (Anderson), CALL ME BY YOUR NAME (Guadagnino) pic.twitter.com/fLwlpLuwsp

Many people are also applying a popular meme format (movie title and the year, with a screenshot of a different movie or TV show that reflects the title) to Phantom Thread.

For those who hear Phantom Thread and think of The Phantom Menace, this is the meme for you.

Ten years ago, Anderson wrote and directed another film starring Day-Lewis that also led to numerous memes: There Will Be Blood. But this time, there’s not one standout line like “I Drink Your Milkshake.” Phantom Thread is full of hilarious zingers and scenes. The film is truly a gift.