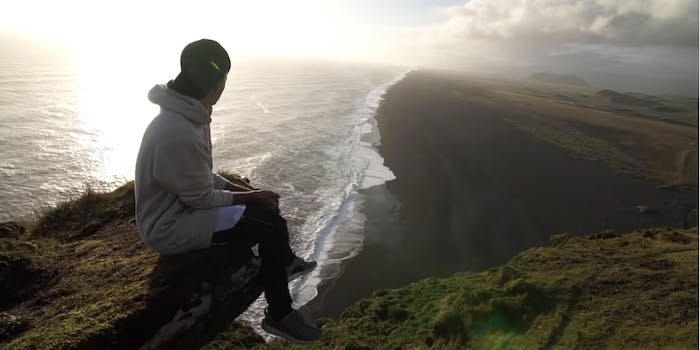 Beliebers are flocking to the country to visit the site of the 'I'll Show You' video.

Iceland says one of its top tourist spots has suffered significant environmental damages after the location was popularized by Justin Bieber.

According to the Associated Press, Fjadrárgljúfur canyon, which was featured in the artist’s 2015 music video for “I’ll Show You,” has been closed to the public due to “deep scars” left on its vegetation.

Iceland has seen a surge in tourists over the last decade, per the Associated Press’ contacts at the Icelandic government: While the country received roughly 600,000 visitors in 2001, the latest numbers suggest more than 2.3 million people traveled to the Nordic island in 2018 alone. The canyon itself has seen around 1 million visitors since Bieber’s video was released.

Iceland’s Environment Minister Gudmundur Ingi Gudbrandsson says that although the influx cannot be blamed entirely on Bieber, celebrity visitors should be cognizant of the impact their actions can have.

“Rash behavior by one famous person can dramatically impact an entire area if the mass follows,” Gudbrandsson told the AP.

Numerous parts of Fjadrárgljúfur canyon are now roped off to keep visitors from causing further damage. But that hasn’t stopped Beliebers from breaking the rules to catch a selfie in the spots where the singer was seen.

“In Justin Bieber’s defense, the canyon did not, at the time he visited, have rope fences and designated paths to show what was allowed and what not,” Gudbrandsson added.

A ranger in the area says she has even been offered bribes by Bieber fans to turn a blind eye.

“Food from people’s home country is the most common bribery,” Hanna Jóhannsdóttir told the AP.

Iceland does plan to reopen the area this summer, however, so long as the weather remains dry. But Bieber may not be the only danger posed to Fjadrárgljúfur canyon. The final season of the highly popular HBO drama “Game of Thrones” likewise filmed scenes in the area.