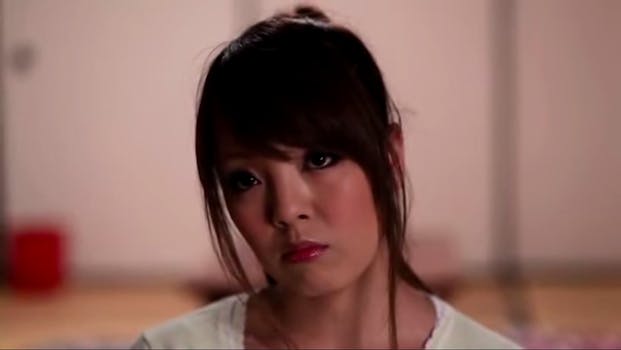 7 most fascinating facts about Hitomi Tanaka

1) People can be rude about her most prominent asset

Tanaka’s breast size ranges anywhere between a J and an O cup: They’re her trademark, and she’s proud of the fact that they’re natural, but says strangers can be less than respectful about her figure.

“I don’t go to the beach and I don’t swim in pools. It would be too distracting being around normal people with breasts like these,” she told Dearest Desire. “People would stare, laugh, or even point fingers. Even when I’m in regular clothes, I’ll sometimes hear whispering from nearby people about my figure. I’ll do my best to hide my body in loose-fitting clothing especially during summertime train rides.”

2) Her breasts are very talented

Perhaps you were not aware that mammary glands could compact metal, but apparently, some of them possess astonishing strength. Tanaka’s belong to that camp: When a curious fan asked about her breasts’ rumored superhuman abilities in a 2016 Reddit AMA conducted from the AVN Adult Expo, Tanaka confirmed that they can, in fact, crush cans. Potentially also the heads of stigmatizing onlookers?

3) She doesn’t do pickup lines

As she acknowledges in this 2016 interview with Harriet Sugar Cookie, Tanaka has a hard time keeping a low profile, at least in Japan. It’s hard for her to move through her daily routine without fans recognizing her, and when some of them invariably make unasked-for advances, her response is always something to the tune of “no, thank you.” As Tanaka told Harriet Sugar Cookie, “I don’t like pickup [lines].” So maybe keep your thoughts to yourself.

In March, Tanaka visited what looks to be a Madame Tussaud’s and met a number of her favorite waxen celebrities. Chief among them: our former commander-in-chief, #44, Barack Obama. Here she is staring admiringly up at his wax figure’s smiling face. Extremely same.

Do not f**k with Tanaka—she’s a black belt in karate. While she has, on occasion, blended the martial art into her video work, Tanaka practices offscreen, too. “REAL Black belt,” she captioned one photo of her belt. “YES! I’m [a] fighter.”

In another “nostalgic” post, Tanaka showed off her kickboxing skills.

6) Her dog is a social media influencer

With 1,535 Instagram followers, Tanaka’s toy poodle—Baby Chacha—would make a reasonably good candidate for a brand ambassador, if anyone is looking for a small pooch to model denim garments.

Or any number of plush toys:

7) When she retires, it’ll be for good

In conversation with YouTube channel Organic Couples, Tanaka told the interviewer that she eventually intends to leave the adult industry. “I want to get married and have kids,” she said, “and maybe start a business.” Earlier in the segment, she gives a very hard pass to the idea of dating someone in the industry, so it seems safe to assume that once she’s out, she’s out.

When that will happen remains unclear, though: Tanaka has also expressed interest in directing her own movies.