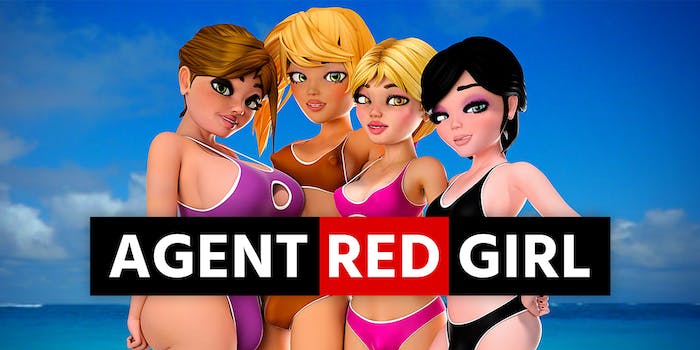 AgentRedGirl aims to take futanari to the mainstream

The big question is, can it be done well? The proof is in the pudding with AgentRedGirl.

Futanari refers to fictional beings that are part woman and part man. More often than not, this is depicted through female characters with penises. AgentRedGirl showcases these characters in all kinds of devilish scenarios and enticing storylines.

Enjoying a site as unique and well-produced as this one usually will cost you (sometimes big time). Lucky for you, our pals at Adult Time have incredibly affordable pricing.

Additionally, if you happen to devour the studio’s offerings faster than new content seems to be rolling out, have no fear. AgentRedGirl subscriptions also unlock access to the entire Adult Time network library. Which sees eight new updates per day, currently hosts over 55,000 videos and 250+ channels. It’s impossible to be bored!

While there aren’t many videos out from the AgentRedGirl series, there is a reason for it. AgentRedGirl is very new to Adult Time (the company acquired the series late last year–before that, subscribing to the AgentRedGirl Patreon was the only way to enjoy the content). So as the producers create and publish new content, it’ll land on the site for its members. The latest video was actually uploaded this week (May 5 to be exact) and it is well worth the wait. This just might be the series that teaches you patience! On the plus side, you’ll be able to access the whole of the Adult Time library while you wait!

This is definitely one-of-a-kind content on a platform we trust. I would not hesitate to subscribe to AgentRedGirl if convincing 3D animation is what you crave in adult content. AgentRedGirl is a feast for the senses and opens up a whole new world so worth exploring.