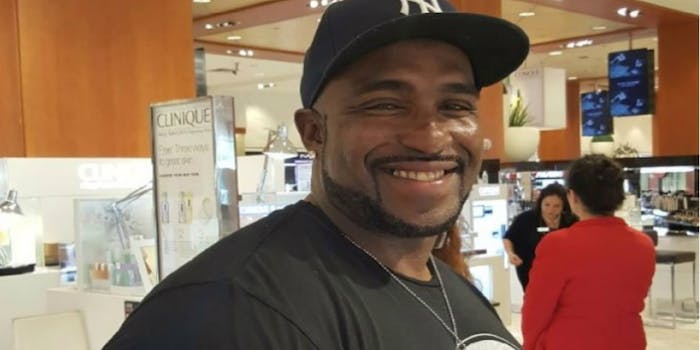 WhatsApp users are being harassed with this ‘big penis meme’

The link purports to carry news about the coronavirus.

WhatsApp pranksters have circulated a pornographic picture of a man holding his penis under the guise of coronavirus alerts.

Users across the popular messaging app have received a text from “an alarmed friend.” The alert purports to carry a dire warning or a major breaking news story about the coronavirus.

Then a link offers further details.

Anyone clicking on the link is led to a photo of a large Black man with a very large penis.

The image has become a viral internet sensation. Whole Twitter threads were created to share the memes inspired by the man and his member.

According to TMZ, blogs have are even selling his likeness on t-shirts.

Unfortunately, the owner of the appendage is no longer around to reap the benefits of his current popularity.

The man who took the infamous image is Walter Smith, owner of Pantheon Productions. He claims to have the rights to the late pastor’s likeness and said he wants to get profits from the merch into the hands of Joubert’s family, per TMZ.

Wardy’s family is still paying off his funeral expenses and created a new GoFundMe page in March to raise money for a headstone.