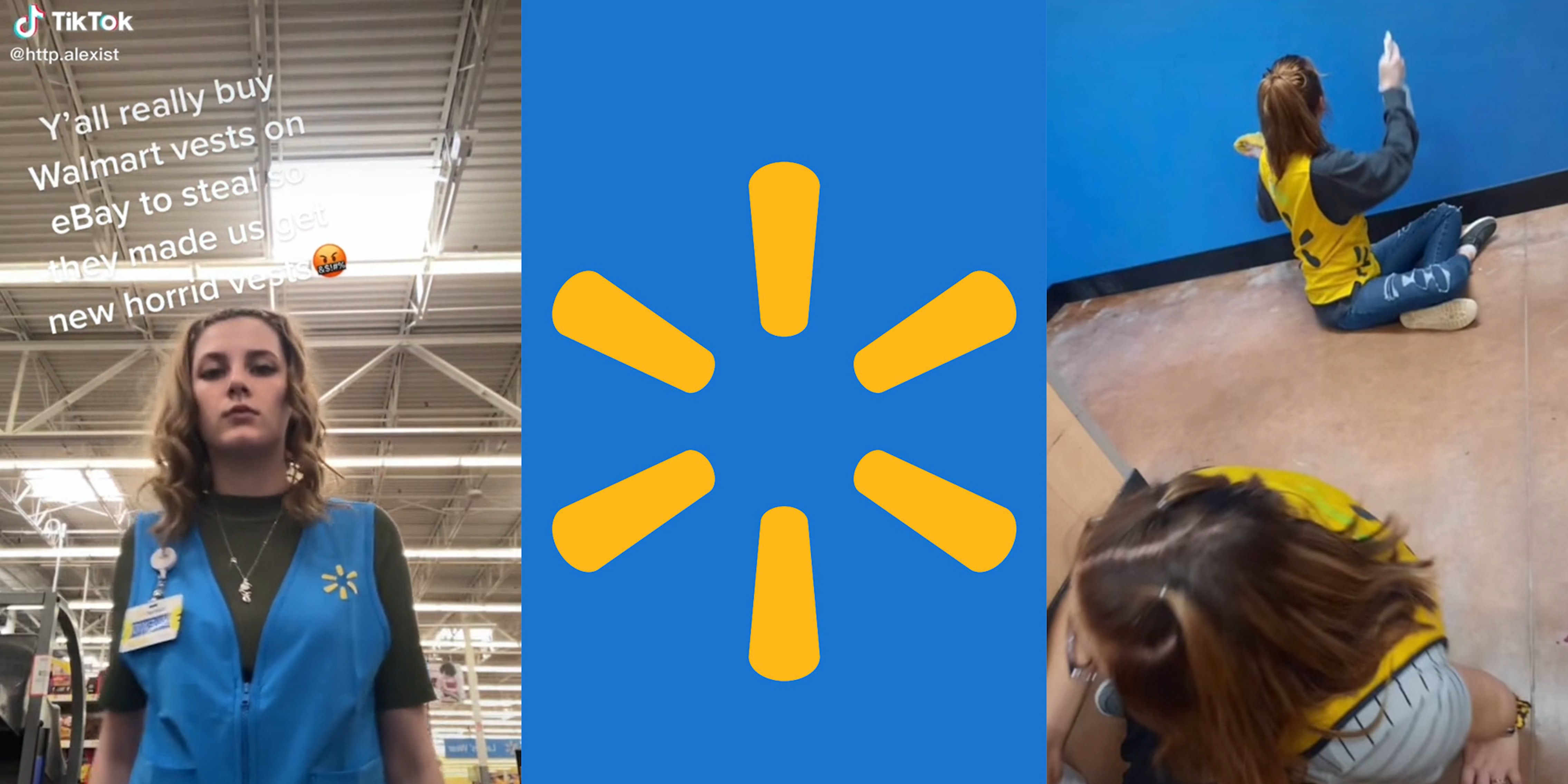 'We just gonna buy the new ones now.'

A Walmart worker showed off the company’s recent uniform change in a viral TikTok video. In contrast to her previous slimmer-fitting yellow uniform, the new uniform appears to be blue, boxy, and loose-fitting.

The reason for this change, user Alexis (@http.alexist) alleges, is that people were buying old uniforms and using them to shoplift.

“Y’all really buy Walmart vests on eBay to steal so they made us get new horrid vests,” she wrote via text overlay on the video, which currently has over 1.8 million views.

In the comments, many TikTokers had doubts that this would actually fix the alleged shoplifting problem.

“We just gonna buy the new ones now,” one user said.

“Just give it like a month,” another user agreed. “It will just happen again.”

Others said that the rollout of these uniforms has been inconsistent across locations.

“They’ve had those vests here for a year,” a commenter alleged.

“My walmart isn’t in a high theft area so they let us wear whatever ones we want,” another claimed.

Some TikTokers alleged that the company is not changing its uniforms to combat shoplifting. Instead, these commenters say, the change is coming as part of a larger upcoming shift in Walmart’s aesthetic.

“They’re just rebranding to match the logo color more because they’re about to redo the logo,” a commenter claimed.

While some echoed the claim that the outfit change is simply part of a rebranding effort, there have been multiple recorded instances of people donning Walmart vests in an attempt to shoplift.

In 2017, the Daily Dot reported on a viral Twitter thread centered around this issue. Earlier that same year, a man was arrested after allegedly attempting to steal TVs while wearing a secondhand Walmart vest. There was a similar story in 2018, and a woman is even alleged to have pulled the same stunt earlier this year.

Alexis told the Daily Dot she isn’t exactly sure why the company might be rolling out new uniforms.

“I was just trying to be funny for tik tok lol,” she wrote, adding that they were never explicitly told shoplifting was the reason for the switch.

Furthermore, she says there are multiple theories as to why the uniform might be in the process of changing. “The new design is because people don’t follow dress code, is what I heard,” she said.

But if this change is actually rolling out nationwide, some alleged Walmart workers said under Alexis’ video they’ll push back.

One alleged Walmart worker wrote, “I’ll hold onto my dark blue vest for however long I can.”