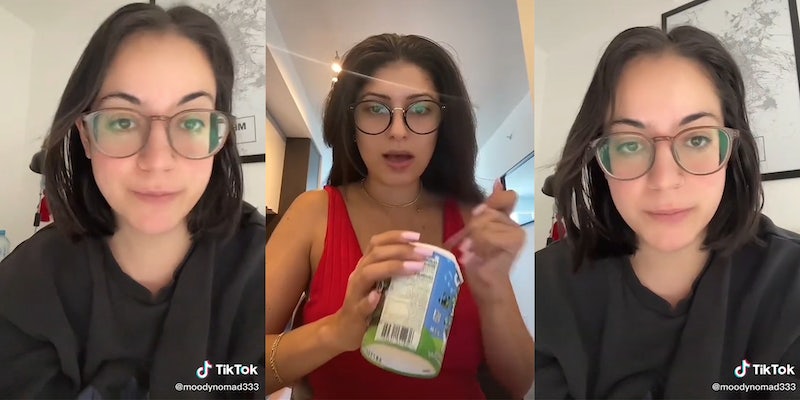 ‘Just let me get my work done and leave WTH’: Worker says she was given ultimatum to socialize with co-workers or get fired, sparking debate

'I'll start socializing when they start paying me for it.'

A TikToker says she quit her job after being given an ultimatum to socialize with her co-workers or be fired.

In a video with over 770,000 views, user Sarah (@moodynomad333) recounts her experience of her time working in the marketing department of an architecture firm.

In summary, Sarah says she kept a strictly professional relationship with her co-workers.

“All the architects and designers would hang out, and I didn’t want to hang out with them because we didn’t have anything in common. Plus, they were all friends from school or from doing the same job, and I was just an outsider,” she recalls.

“I also just have a life outside of work, so I would just skip the happy hours,” she says. “I was there for eight hours a day. Why would I want to spend two or three more hours drinking with people that I wasn’t even friends with?”

Eventually, Sarah says she simply got into a rhythm of keeping to herself, wearing headphones, and giving polite waves to other employees before getting to her work—avoiding small talk as she “despise[s]” it.

Because of this, Sarah says she was given an ultimatum saying that if she “didn’t put more effort into socializing, into being a ‘team player,’” then she would be fired. She eventually quit, per her caption.

In a follow-up, Sarah clarifies that being courteous is important in an office, but she felt that employees like her were being held to a standard of sociability that performing the tasks of the job did not require.

Part of Sarah’s gripe, she says, comes from being compared to people who are “extremely outgoing, extremely extroverted, [and] seem really natural at creating these connections with people.”

“For me, that is very unnatural,” she explains.

This can lead to some unfair comparisons and perceptions in the workplace.

“When I’m being compared to that person, even though we’re doing the same job, we are just as productive. … In other peoples’ eyes, she was more likable because she got to know people better,” Sarah shares. “It’s just social politics, and it’s bullshit, in my opinion.”

These comparisons can also be rooted in incorrect ideas about gender dynamics, Sarah notes in a follow-up.

Sarah says that several engineers and IT people she worked with “literally did not speak a single word to me.” When she did, Sarah claims, the responses were generally short and occasionally rude, which Sarah claims was accepted as a simple quirk of their character.

“Because I wasn’t being social, I was seen as a bitch, but these awkward, nerdy [male] engineers were just seen as ‘quirky,’” Sarah says.

In the comments section, users shared their frustrations about being judged for their socialization skills in the workplace.

“I once had a coworker complain that I didn’t socialize enough at work and I was actually spoken to by a supervisor,” one user wrote. “I explained to the supervisor that I was there to work, earn money, and then go home to spend time with family and friends.”

“I can be fired for not being social???” another asked. “Just let me get my work done and leave wth.”

“People need to grow up and learn to be okay with people not wanting to be their friend at work,” a third claimed.

Others touted the lack of socialization as one of the benefits of working from home.

“Remote work is honestly the best thing that ever happend to me,” a commenter offered.

“What I learned is that working an office-job being productive and actually doing your job isn’t that important,” a second alleged.

“I actually think I’m thriving working from home because the social aspect of being in the office was so anxiety inducing to me as well,” a further user stated.

As one user wrote, “I’m paid to do my job, I’ll start socializing when they start paying me for it.”