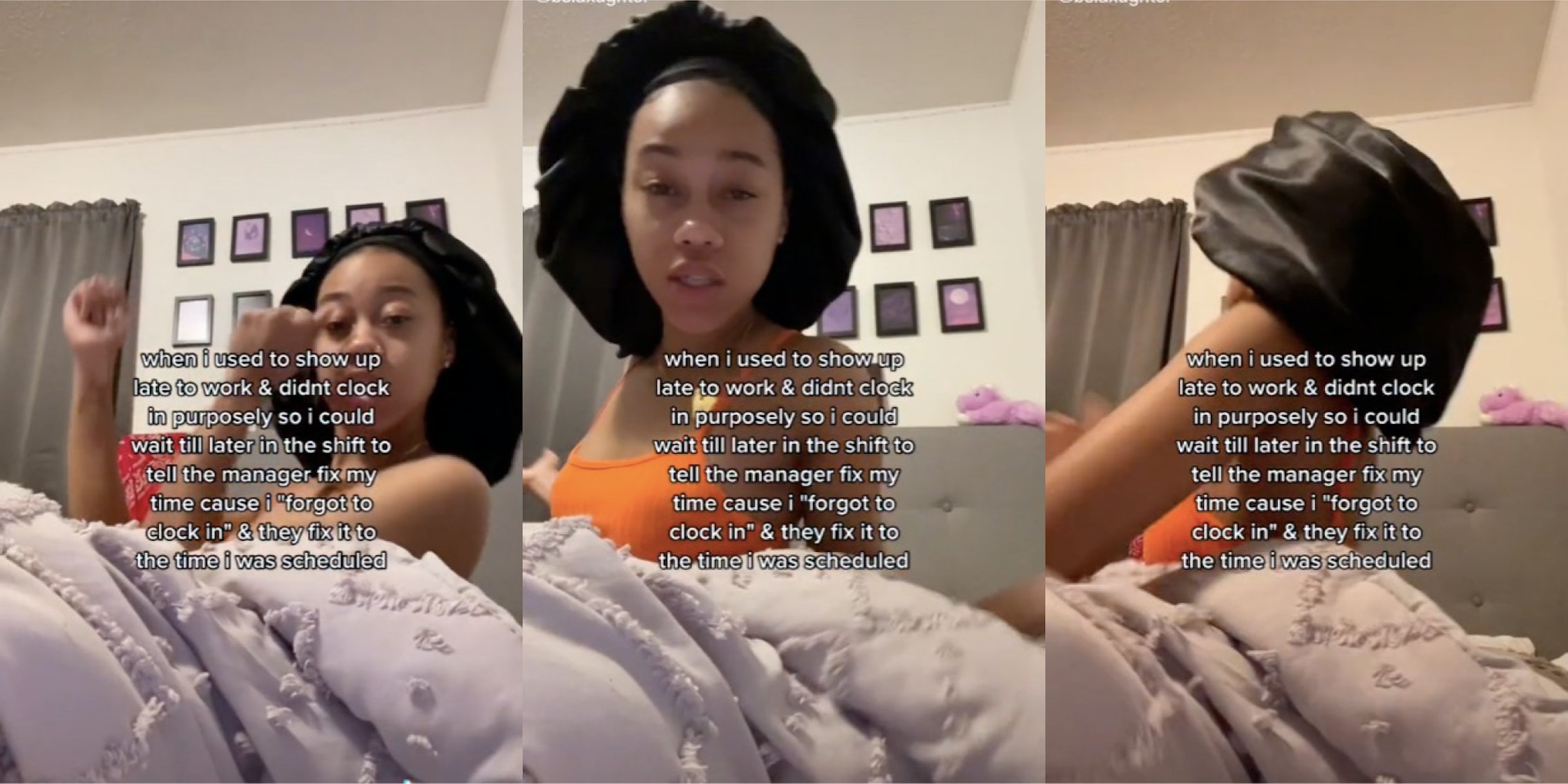 ‘I did this and got banned from working at Walmart/Sam’s Club’: Worker shares hack for showing up to work late and getting away with it, sparking debate

'I would do this all the time when I worked for McDonald’s.'

At some point, showing up late to work is an inevitability. Traffic may be heavier than expected, a train to work may be delayed, or the snooze button on the alarm clock may have just looked a little too appealing.

Unfortunately, showing up late to work can also incur on-the-job penalties. A user on TikTok shared their tip for avoiding those consequences.

In a video with over 884,000 views, TikToker Bri (@bslaxughter) recounts her method for skirting a reprimand for showing up late.

“When i used to show up late to work & didnt clock in purposely so i could wait till later in the shift to tell the manager fix my time cause i ‘forgot to clock in’ & they fixed it to the time i was scheduled,” Bri wrote in the text overlaying the video.

“This only works if your manager doesnt watch you come in,” she added in the caption.

In the comments section, some users sang the praises of the tip, saying they had used it in their own workplaces.

“I would do this all the time when I worked for McDonald’s lmao,” wrote one user. “Or when I got there late and they knew, I would lie and say I was only 2 min late.”

“Never clock in always clock out if you running late,” advised another.

“Me not clocking back from my lunch so I can take as long as I want then I correct it,” added a third.

However, some said that doing this didn’t exactly work out the way they would have liked.

“My manager would just check the cameras to see when I actually walked in,” claimed a commenter.

“Dang my job too smart. You get points for ‘forgetting to clock in,’” stated a second.

“I did this and got banned from working at walmart/sams club,” alleged a further user.

“I did that when I worked at Wawa.. theu caught on and I got let go,” offered an additional TikToker.

“I use to do this until I did it too much and they checked the cameras and fired me,” echoed a commenter.

The Daily Dot reached out to Bri via Instagram direct message.