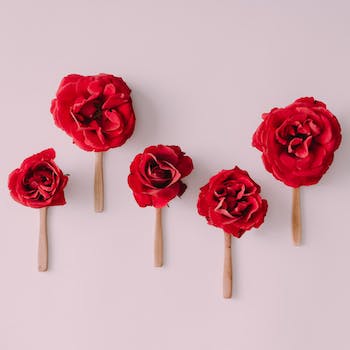 The GOP has been getting a lot of mail since the election. Texas Gov. Greg Abbott was the target of bloody tampon mail after passing restrictive abortion rules. Mike Pence has been getting notices of all the Planned Parenthood donations in his name. And Donald Trump has already been receiving dick-shaped lollipops at his New York Headquarters.

But we imagine he’s sitting in his golden apartment atop his tower with those lollipops furious because he has made it very clear that that is not his thing. Then again, he’s never treated the pussy well either, and he’s about to get a lot more of those.

Send Trump Pussy is a campaign to mail vulva-shaped lollipops to Trump headquarters in NYC, with 50 percent of proceeds being donated to Planned Parenthood.

STP is “a nonprofit campaign led by a LGBT high school couple (Jules & Gabe),” they write on the site. “With STP we’re on a mission to show Trump and America that we’re unsatisfied, and our desire for an inclusive un-misogynistic America is unwavering, by sending him pussy-shaped lollipops!” For $3.99—one dollar cheaper than a dick! Thanks, glass ceiling—you can anonymously send one of these beauties to Trump Tower.

Jules and Gabe say they’ve sent 250 lollipops to Trump since the site launched yesterday, including 10 from a celebrity. “No, we can’t say who she is BUT we’ll say this, she’s a proud #NastyWoman and proud Feminist!,” they told the Daily Dot over email.

Let’s be real: Trump probably will not get his lollipops. Someone most likely scans his mail for pranks and bullshit and anthrax. So maybe just donating directly to Planned Parenthood is a better use of $4. Then again, send enough lollipops and somebody at HQ has to let him know, right?