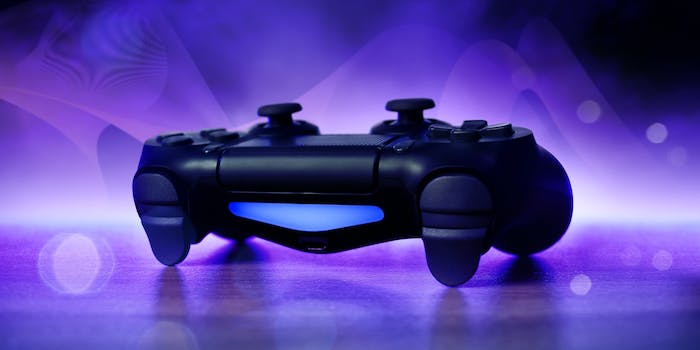 The history of sex and video games has led to this.

Kink Master Studios launched iVIBRATE—Controller Edition in February 2020 as a simple, free app that lets users control the vibration settings on their Sony DualShock 4 or Microsoft Xbox controllers. Now, iVIBRATE has received enough support that Kink Master Studios has launched iVIBRATE Ultimate Edition, a $4.99 premium version with 10 vibration strengths, 20 different vibration patterns, and three different vibration modes. Ten gamepads can run at once with iVIBRATE Ultimate Edition, and players can even use iVIBRATE in “one-handed mode.”

The app does exactly what it advertises. This reporter downloaded iVIBRATE Ultimate Edition’s Linux teaser demo and successfully used it with her Sony DualShock 4 controller on her Linux Mint distro.

Kink Master Studios initially launched iVIBRATE’s ultimate edition in late July, although this reporter first discovered the app suite after the developer retired the free and pro versions of iVIBRATE on Sept. 19. By creating a separate storefront for both retired products, the pro and free versions ironically rose in visibility on itch.io’s “New & Popular NSFW Games” section. The pro version, which is available for PC and Mac for $1.99, includes 20 vibration patterns and gamepad support for two controllers.

The developer behind Kink Master Studios told the Daily Dot via Twitter message that the ultimate edition of iVIBRATE was “really built from the ground up” and was funded using profits from the pro version.

Kink Master Studios was surprised that nothing like the iVIBRATE existed on a mobile platform for an adult audience.

“The idea of iVIBRATE came from trying to brainstorm different adult orientated ideas that I hadn’t seen before,” the developer told the Daily Dot. “It’s the same sort of inspiration I have had behind the other apps I have created as well.”

For some gamers, sexual stimulation from a controller’s rumble feature may seem particularly shocking. But there’s a long history behind the practice. In 2002, USC Interactive Media and Games professor Miyuki Jane Pinckard, then a games critic living in Japan, mentioned the practice among female gamers in a viral article about using the Rez Trance Vibrator. The practice turned heads, but it never died down in popularity. One of the Xbox 360 community marketplace’s most popular apps was “A Perfect Massage,” a program that turned Xbox controllers into “a vibrating massager.” Similar apps commonly made their way onto the Xbox’s marketplace and earned dividends for their creators; Kotaku editor-in-chief Stephen Totilo reported on the phenomenon in 2009 and revealed how one college senior “pocketed $60,000 and counting” from just four hours developing “an Xbox massage program.”

The Daily Dot spoke to numerous video game fans who have, at one point or another, used a game controller’s rumble features for sexual pleasure. While playing 2002 fighting game Soulcalibur 2, one anonymous gamer became so turned on by female fighters flashing their panties that they “would let a CPU beat [them] up while having the controller sitting in my lap.” Years later in college, they were playing Gearbox Software’s first-person shooter Borderlands 2 when they acquired the Good Touch, a weapon that “just makes your controller constantly vibrate.”

“I was like oh-my-god yeah. Vibration is all the same, it doesn’t have to be a wand,” they said. “I feel a little bad cause [Gearbox was] doing a bit but I was the one girl taking it seriously haha.”

Claribel, a queer and trans sex worker, had a similar story. They told the Daily Dot how fighting games’ controller vibration features could be used to turn their gamepad into a sex toy during a game over cutscene in a Dragon Ball Z fighting game. Other genres soon followed.

“There was always a cutscene of the loser getting blasted that made the PS2 controller vibrate and so once I realized that I started holding the controller against my bits,” Clarbiel said. “Then I started seeing games that had ‘find-buried-item’ missions and levels that’d make the controller vibrate when you go closer to the thing you were looking for. I figured out I could basically use that like a variable speed wand. And then during the Xbox 360 generations, Quick-Time-Events got big for a while and a lot of them would make the controller vibrate if you failed. The golden egg for that was finding an autosave that happens right as the QTE starts.”

“It was incredibly convoluted but as a determined young adult I was willing to put in the effort,” Fox told the Daily Dot. “I spent probably close to 100 hours in a [role-playing game] I don’t even remember the name of so I could replay a cutscene with near-continuous vibration because it was more consistent than Digimon Rumble Arena 2.”

While many of these gamers have access to sex toys as adults, they still expressed interest in using iVIBRATE in one shape or form. And the app certainly has plenty of uses during COVID-19. For instance, young adults stuck in quarantine with their families can use apps like iVIBRATE to create their own makeshift wireless vibrators discreetly. And for gamers living in rural areas, iVIBRATE serves as a handy back-up when the nearest sex toy shop is a little too far away.

“I have the means to get regular toys but if a toy has died (like my favorite wand recently has) or I’m playing a game and don’t want to have to get up, I can definitely see myself using this,” Claribel said. “I think it’ll also be a great resource for anyone who doesn’t have easy access to regular toys. I’m originally from a rural town and the nearest adult shop was a 45 minute drive so being able to save the gas and just use a controller would have been a dream.”

“I love incorporating all kinds of play in sex. Sex is also funny sometimes, and in general it’s just fun,” King told the Daily Dot. “I already use toys like vibes and plugs and all kinds of other props (even picking out underwear ahead of sex is like costuming of a kind), plus: I like video games!”

“I think the biggest appeal of using a controller for sexual stimulation is that it’s something a lot of people will have lying around the house; ease of use and accessibility is a big factor,” the developer said.