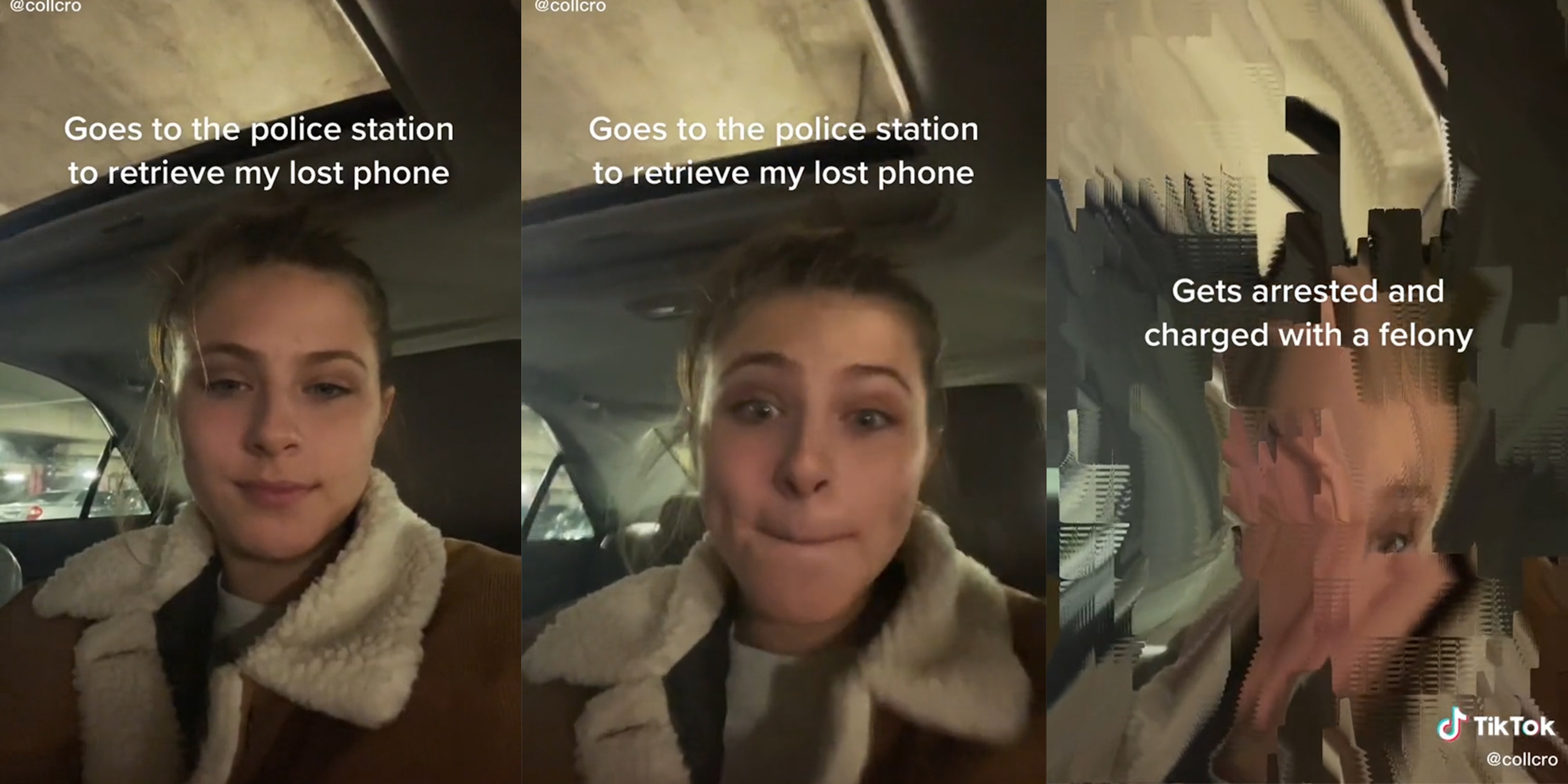 A TikToker claimed she was charged with a felony after going to a police station to retrieve her lost phone.

TikToker Colleen (@collcro) posted the video on Monday. Her story has already garnered over 441,000 views.

“Goes to the police station to retrieve my lost phone,” the text overlaying her video starts. “Gets arrested and charged with a felony.”

Unfortunately, Collen wrote in the comments section she “can’t talk about what happened until after [her] court date next week.” It is unclear where Collen is located.

Still, TikTokers are speculating what might have gone down.

“She probably already had a warrant for her arrest so that’s why she got taken in,” one commenter theorized.

When someone replied that it would be silly for her to go to a police station with an active warrant, others said it was possible she didn’t even know she had one.

“She probably didn’t even know bc it was for something like a ticket she was never informed of or forgot,” a user speculated.

Others thought it might be something on the phone itself or something in its case.

“She might’ve had a fake [ID] in a phone wallet or something,” a commenter speculated.

“It’s illegal for them to go through your phone without a warrant,” another added.

According to legal website Nolo, the 2014 US Supreme Court case Riley v. California determined that officers do in fact need a warrant if they want to search a phone.

However, the site also notes that there are ways that officers may coax you into handing over your phone voluntarily. If the police ask to “see your phone,” for example, handing it over to them unlocked may count as giving the police permission to search the phone.

No matter how it happened, TikTokers are on the edge of their seats waiting to see how this story shakes out.

As one user wrote, “Oh I’m sticking around for this one.”