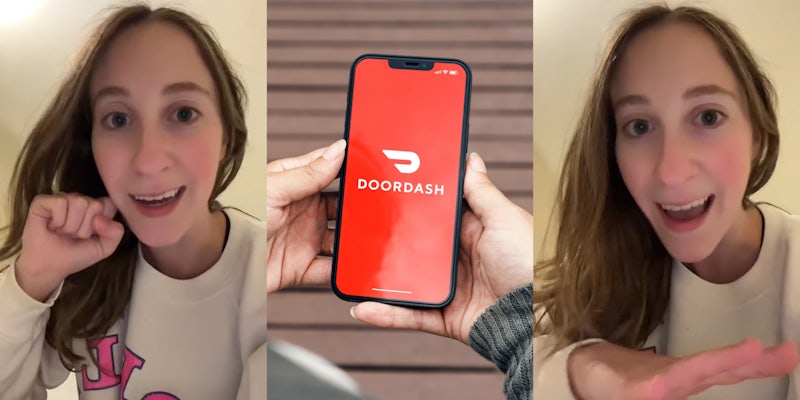 ‘That just made my day’: DoorDash customer says driver ate her food—but restaurant owner remade it and delivered it himself

'This guy's about to eat my chicken pad thai.'

A user on TikTok is singing the praises of Chicago’s Star of Siam restaurant following an incident involving DoorDash.

In a video with over 93,000 views, TikTok user Lexi (@lexploringtheworld) says she placed an order with the restaurant on their website. The restaurant accepted the order and trusted the delivery duties to DoorDash, she says.

“They usually take about 50 minutes to get here, and so after about an hour and a half, I was like, ‘that’s weird that they’re not here yet,’” she says.

Lexi decided to track the DoorDash driver, only to realize that he was driving in the opposite direction of where she lived. She then attempted to call the driver twice. She says both calls were rejected by the driver.

“Maybe I should call the restaurant, because this guy’s about to eat my chicken pad thai,” Lexi recalls thinking.

At this point, Lexi called the restaurant to confirm that the driver had, in fact, picked up the order. She told the restaurant about the incident and, even though they were about to close, the man on the phone promised that they would remake the order and deliver it.

Soon after, a delivery arrived at her location.

“I go downstairs to pick it up…The man who was the owner of the restaurant literally drove here in his own car and gave me my food,” Lexi details. Furthermore, she says that “he gave me a full bottle of wine because he felt bad that they stole my food!”

“That just made my day,” Lexi concludes. In the caption, she adds, “Made a Yelp account just to leave a review for the owner.”

In the comment section, many users said that they were eager to go to the Chicago-based restaurant and support the business.

“Girl you better only order from that place from now on!” added another. “At that moment I would have Been a loyal customer for life! may even have asked to work for him…”

In response to comments like these, Lexi said, “I order from there almost every week and will for sure continue to do so!!”

“He needs to be protected at all costs,” stated an additional TikToker about the owner.