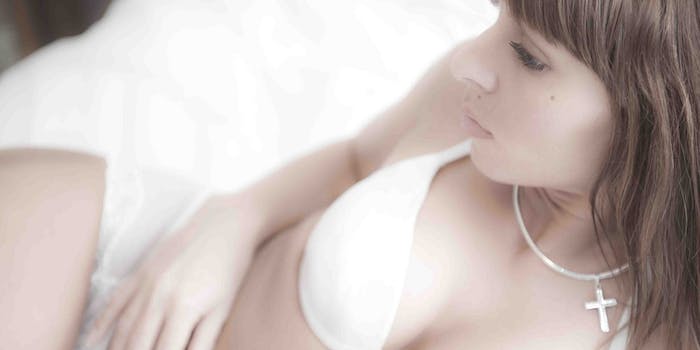 They're just looking for a social network to call their own.

Since its launch more than a year ago, social video app Vine has had a reputation for being porn-friendly. Even when Vine made an effort to tighten its restrictions by blocking porn-related hashtags, it was still relatively hands-off compared to Facebook and Instagram’s disciplinarian stances on online sexual content.

That all changed, however, last Thursday, when Vine announced that it was updating its terms and services to ban all sexually explicit content. The purpose, the company said, was to make users more “comfortable.”

“For more than 99 percent of our users, this doesn’t really change anything,” the company announced in a blog post. “For the rest: we don’t have a problem with explicit sexual content on the Internet –– we just prefer not to be the source of it.”

So how did the so-called 1 percent of the Vine porn-sharing community respond to the ban on adult content? Some panicked:

Some speculated that the ban was related to the tale of @VERSACEPOPTARTS, the 18-year-old who was suspended from Vine last month for making love to a Hot Pocket. No one was fonder of this theory than @VERSACEPOPTARTS himself:

I CHANGED “THE RULES” ON VINE DOE pic.twitter.com/Lh2TGtjlgf

And some, like adult performers Jiz Lee and Conner Habib, were outraged, interpreting the ban as a harbinger of increased censorship of adult content in general.

@ConnerHabib They want their users to “feel comfortable”? I’m a @vineapp user, and censorship makes me feel very uncomfortable.

“But as soon as a network like Vine has reached a certain tipping point, it becomes too risky for them to allow adult material. That’s what happened with Tumblr after Yahoo purchased them, and now it’s happening with Vine.”

Gay adult performer/activist/writer Habib sees Vine’s ban on adult content as the culmination of the Internet’s years-long assault on online pornography and those who make it.

Since Vine announced its ban on pornographic content, Habib has received an in-app notification urging him to delete his adult content by March 13, or else his account will be suspended. While he’s not sure yet whether he’ll abandon the platform and take his content elsewhere, he’s launched a petition on change.org to stop Vine censorship, which has garnered a few hundred signatures.

“We are disturbed by the precedent set on Vine for other applications and websites, including Twitter,” the petition reads. “We are also disturbed that we are not allowed to choose what we view…There is nothing comfortable to us about the slippery slope of censorship.”

While genderqueer adult performer Jiz Lee says they don’t expect “any adult UGC service as long as Apple is around; we’re drawn to mobile use and they wouldn’t allow such an app,” ze is optimistic that a new, sex-positive social network will pop up in Vine’s place.

“The adult industry is often the first settlers to new social platforms; it’s likely a new option will appear,” Jiz told me via Twitter. And there’s also been a recent proliferation of adult-themed social apps, such as Pinsex, Pornostagram, Fuckbook, and Snatchly, which cater to adult performers and fans, though few of them have caught on quite the way that Vine has.

“That’s the way things tend to go: ‘Oh, here’s another opening to make a quick-edit sex video app,’ and I’d rather it not be that. I’d rather it be somewhere where sex is celebrated as part of life, as the origin of life.”