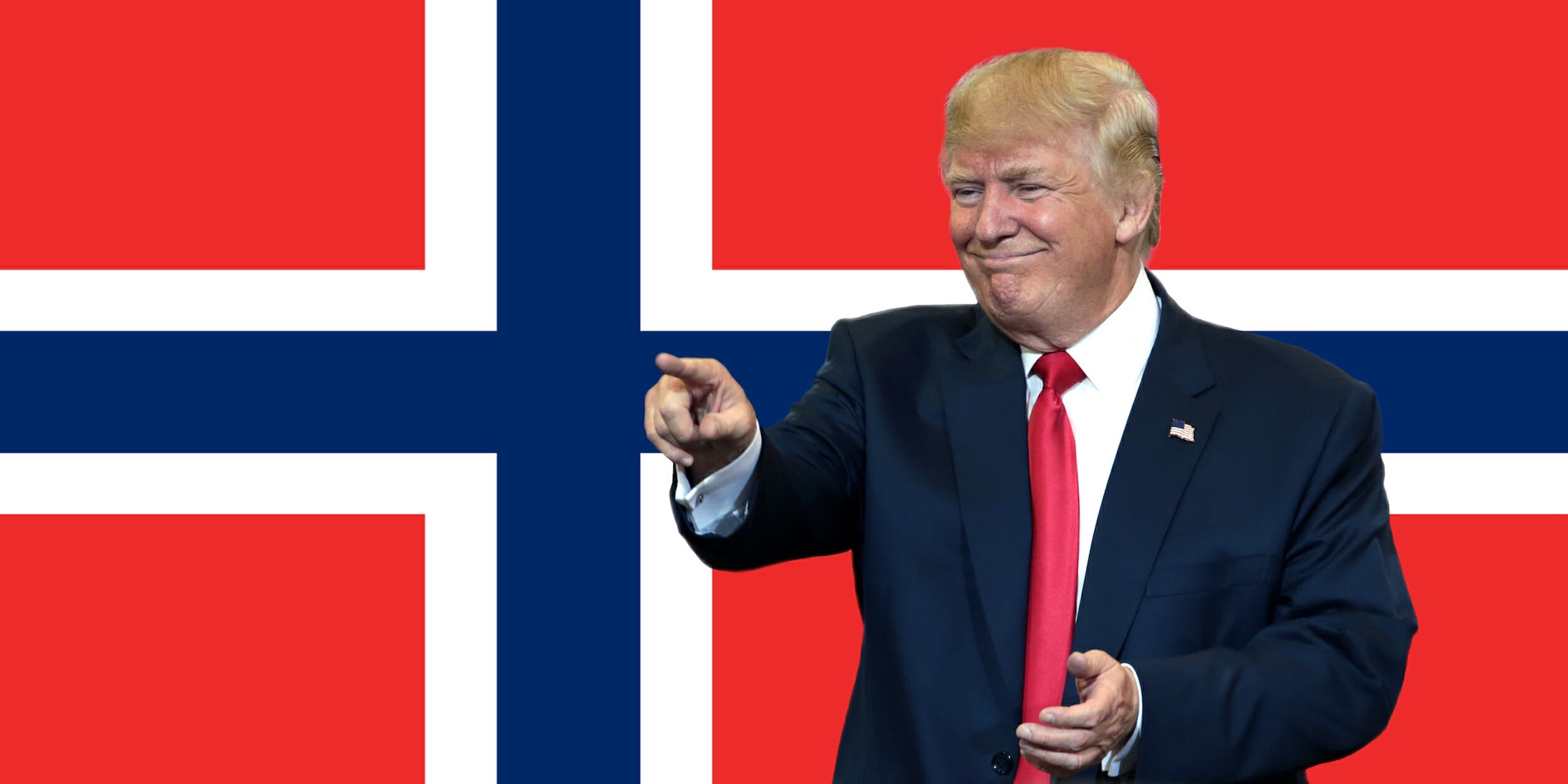 Living standards in Norway are some of the best in the world.

Norwegians have a surprising message for Donald Trump, following reports the president claimed he would rather receive immigrants “from places like Norway” instead of, what he called, “shithole countries” in South America and Africa.

“Haiti? Why do we want people from Haiti here?” Trump was reported to have said in an Oval Office meeting on immigration reform, according to two people who spoke with the Washington Post. (While Trump denied the comment on Twitter, Sen. Dick Durbin (D-Ill.) has confirmed the account.)

“Why do we want these people from all these sh*thole countries here?” he then allegedly said of African countries. “We should have more people from places like Norway.”

The offensive language and comments caused an international controversy and furthered questions about the president’s mental fitness for the job.

As citizens of the richest Scandinavian country, named the happiest and most prosperous country to live in, Norwegians enjoy free healthcare and college tuition. They took to Twitter to tell the president just what they thought about moving to the U.S.

Of course people from #Norway would love to move to a country where people are far more likely to be shot, live in poverty, get no healthcare because they’re poor, get no paid parental leave or subsidized daycare and see fewer women in political power. #Shithole

I live in Norway and would never move to USA. We have health care, free higher education, 5 weeks vacation, 8 hours work a day. No thanks Trump

Years ago a #Norwegian colleague moved back to #Norway with his American wife because they were ready to start a family and considered the U.S. too violent and dangerous a place to raise children. #shithole

Even some Americans joined in.

Why would people from Norway want to immigrate here? They have actual health care, and longer life expectancy.

It’s not just that racist piece of trash @realDonaldTrump called predominantly black countries “shitholes,” it’s also that he picked Norway as his example of a good country. Norway is massively liberal – so it definitely isn’t about politics. What else is Norway- massively white.

Norway has universal health care and FORTY-SIX WEEKS of paid parental leave. Why the hell would anyone living there give that up to move here?