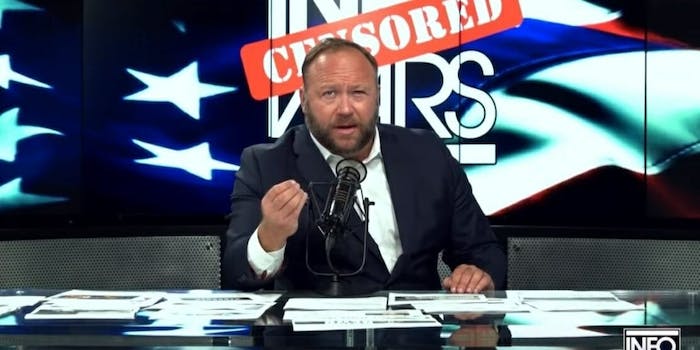 He said the link that was shown on air was a pop-up.

However, numerous people pointed out the choice of pornography was odd considering his transphobic diatribes were part of the reason he was handed a warning on YouTube before he was ultimately taken off of several social media platforms and websites including Facebook, Spotify, iTunes, and others.

The link appeared to be to a video featuring Marissa Minx, an Australian transgender adult film actress. The link popped up while Jones was promoting his “personal wellness products.”

According to the host, who is notorious for spreading conspiracy theories on his show, the link was just a “pop-up.”

After the call, he added: