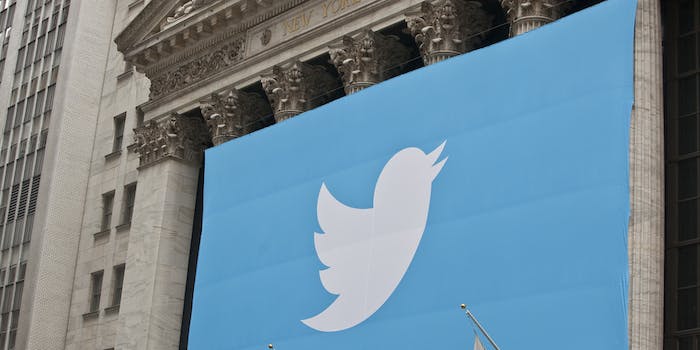 Twitter is trying to clear out bad actors spreading misinformation and discord.

Following the likes of Facebook, Twitter recently announced that it’s undergone a second round of account purges in an attempt to cleanse its platform of malicious actors leading up to the 2018 midterms.

Twitter kicked out 284 accounts last week for conducting “coordinated manipulation”—accounts that were working jointly to spread a specific rhetoric to their followers, typically targeting U.S. and U.K. political topics. Many of these accounts originated in Iran (despite Iran historically blocking citizens’ access to social media).

This week, Twitter has suspended nearly 500 more accounts that were consistently sharing divisive American political commentary and were largely based overseas.

Since our initial suspensions last Tuesday, we have continued our investigation, further building our understanding of these networks. In addition, we suspended an additional 486 accounts for violating the policies outlined last week. This brings the total suspended to 770.

According to Twitter, fewer than 100 of the 770 accounts claimed to be based in the U.S. On average, they were less than a year old, had tweeted 867 times (roughly 2.4 times per day), and had 1,268 account followers. Twitter shared screengrabs of the types of accounts it’s been targeting and suspending for participating in coordinated manipulation.

Fewer than 100 of the 770 suspended accounts claimed to be located in the U.S. and many of these were sharing divisive social commentary. On average, these 100 Tweeted 867 times, were followed by 1, 268 accounts, and were less than a year old. Examples below. pic.twitter.com/LQhbvFjxSo

Leading tech companies will reportedly meet at Twitter headquarters soon to discuss the upcoming midterm elections and their plans to combat misinformation. The Trump administration—and the public at large—are increasingly aware that foreign bodies such as Russia are participating in coordinated attempts to undermine the 2018 midterms. Facebook, Twitter, and others are stepping up their efforts in identifying and apprehending offenders working towards coordinated manipulation of American political attitudes.

Google, Twitter, and Facebook are also set to appear in front of the Senate Intelligence Committee on Sept. 5 to discuss what these social bodies know about foreign interference in this year’s election cycle. Sen. Mark Warner (D-Va.) hopes to hear the plans these tech giants already have in place to combat election interference, encourage them to do more, and work together to mitigate the threat of foreign interference.