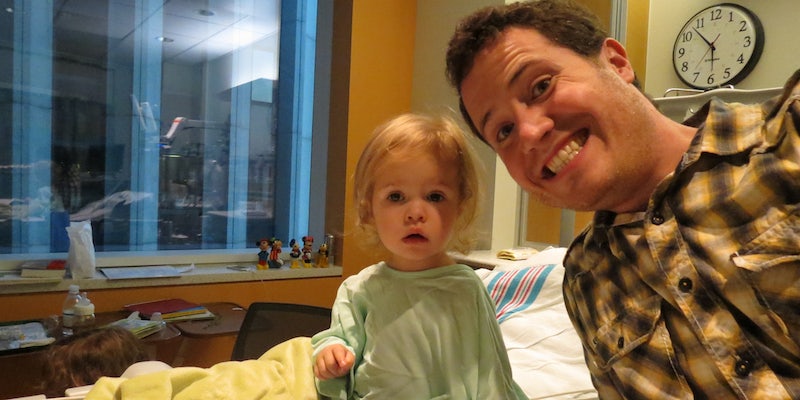 The photo of 2-year-old Serafina is unforgettable: the bandage on her chest, the Hello Kitty slippers. The Internet ran wild with it.

It was the longest three hours of Sean Murphy’s life. Inside one of the operating rooms at Ann & Robert H. Lurie Children’s Hospital of Chicago, his 22-month-old daughter Serafina was having surgery to repair an atrial septal defect (ASD), otherwise known as a hole in the heart.

“It was incredibly difficult to say goodbye to my daughter on the morning of her surgery,” Murphy wrote on his fundraising page, where he relived those moments last October. “What an odd and unnerving feeling knowing that my daughter’s heart would be literally stopped for close to three hours while a patch was sewn into the hole in her heart.”

The surgery was successful. Over the next few days, Serafina recovered enough strength to take a walk around the hospital in a pair of Hello Kitty slippers. That’s when Murphy snapped the following photo. 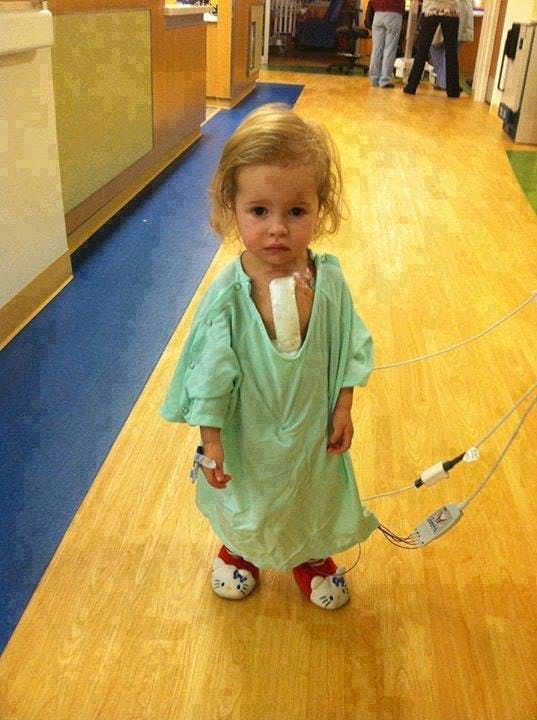 Murphy posted the pic on Reddit about five months ago for “no other reason than it is an incredibly powerful picture,” he told the Daily Dot. The photo reached Reddit’s coveted front page. From there, it went everywhere.

“I received notifications from concerned/irate friends and strangers who were opposed to the use of this picture,” Murphy said. “At first I was inclined to report each of these sites for using my intellectual property, but in the end, I decided to reserve my rights, but not contest their use of the picture. I made this decision after reading hundreds and thousands of the comments.”

On Oct. 1, the photo popped up on Starteens where it, along with a snippet of Serafina’s story, was used to bait Facebook users for likes.

“A 2 year old girl after open heart surgery… give her a LIKE to wish her a quick recovery and healthy [sic],” it reads. 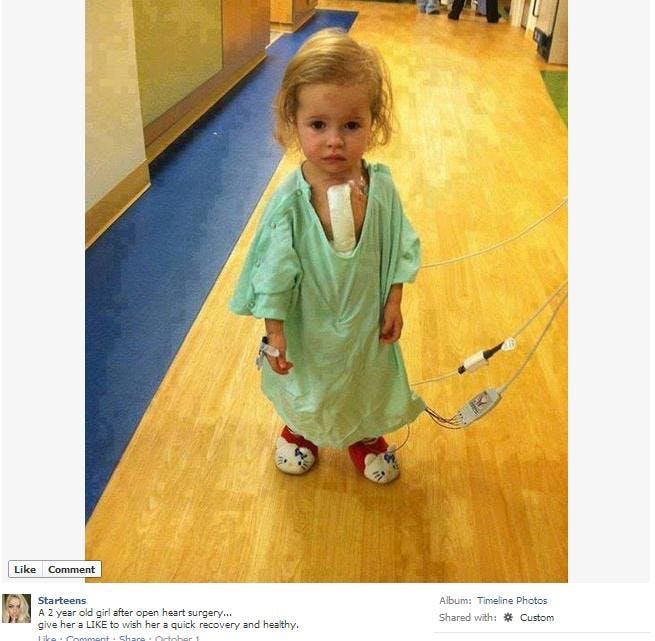 “This page is a ‘like whore’ machine,” David Dutcher commented. “Likes on Fb do nothing for anyone’s physical recovery. All you are doing is building your popularity from other people’s misfortune whist [sic] pretending to have done something positive. It is disgusting.”

“You people using this unfortunate kid’s photo to boost up your page, specifically asking for a LIKE, as the kid would have any benefit from that in any way, should be given a humanity lesson with a golf club,” Valentin Radu added.

The outrage these Facebook users expressed is part of a trend on Facebook we’ve called “social content farming.” As we reported in February, the likely purpose of pages like Starteens is to build up its number of likes and, more importantly, its “talking about this” statistic. This particular stat measures popularity and engagement and roughly reflects how many people are actually discussing the page at any given moment. The higher these two figures get, the better they get at exploiting those numbers through people clicking on links featured on the page. These links direct to external sites which bring them ad revenue.

Since starting the page on July 11, Starteens has amassed 188,000 likes and 11.7 million people “talking about this.” The people behind Starteens have done this using self-promotion, jokes, and stolen images from around the Web (some are even blatant reposts). Yet it’s the demented form of slacktivism—the idea that liking something on Facebook or signing a digital petition actually makes a difference—that has really upset netizens. 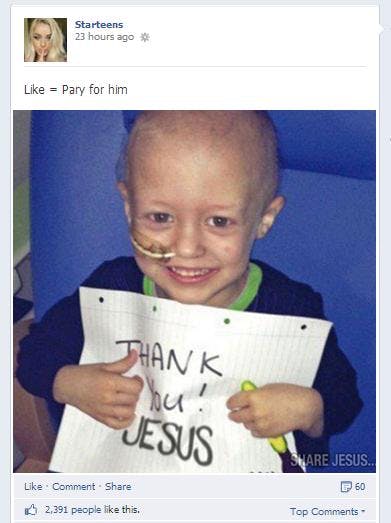 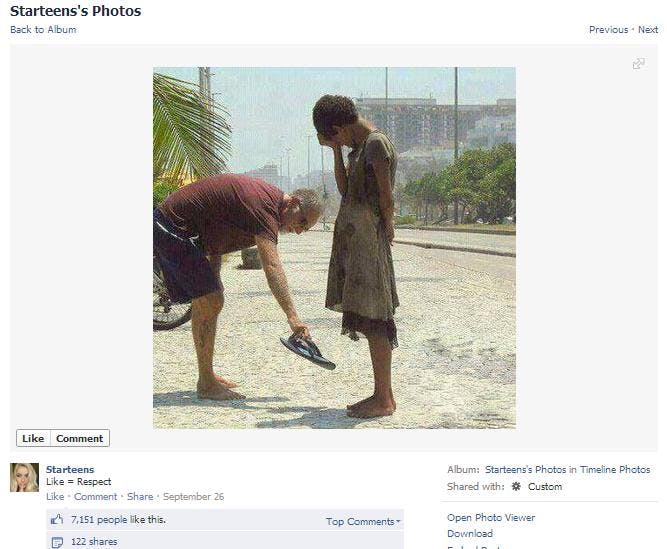 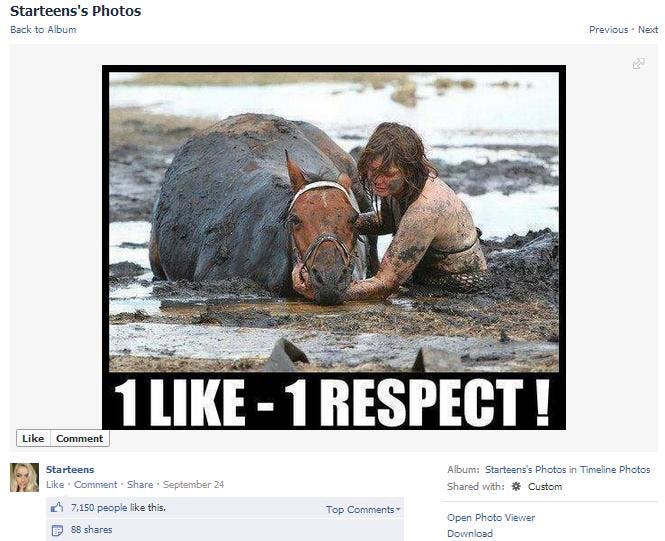 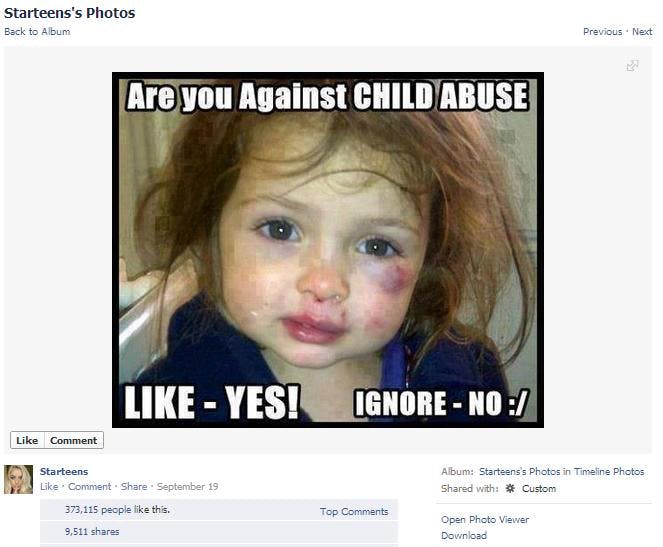 “Why in the f**k does someone post this on a site like facebook… in my mind… you rude mother f**kers are just as bad as the evil fucks committing the crimes,” Jarrod Raper commented on the photo of the bruised baby.

About 11 hours after Starteens posted Serafina’s photo on its page, Murphy found it.

“If you are touched by this image and the strength of children, don’t just ‘like’ or comment,” he said. “Please help me to give back to the hospital that gave my daughter life by donating as little as $5.” 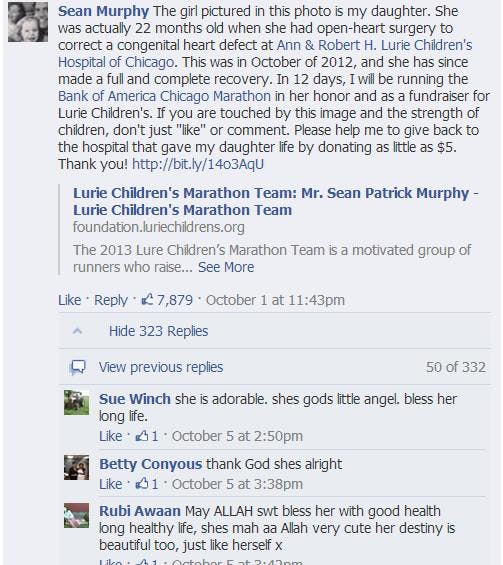 Murphy’s comment collected more than 300 replies and thousands of likes from people sharing their own tragic stories. It also resulted driving about 43,000 people to his donation page to raise money for the hospital. So far, Murphy has collected $3,256 toward his $5,000 goal.

Today Serafina is fully recovered and living a normal life. Thanks to all the attention her photograph received around the Internet, Serafina has received everything from Hello Kitty coloring books to Hello Kitty headbands and socks. Executives at Sanrio, the creators of Hello Kitty, were even alerted about the picture. The company sent Serafina a three-foot, 75-pound box containing Hello Kitty swag and clothing for Serafina and her 5-year-old sister, Matilda, and books for their brother, Felix. 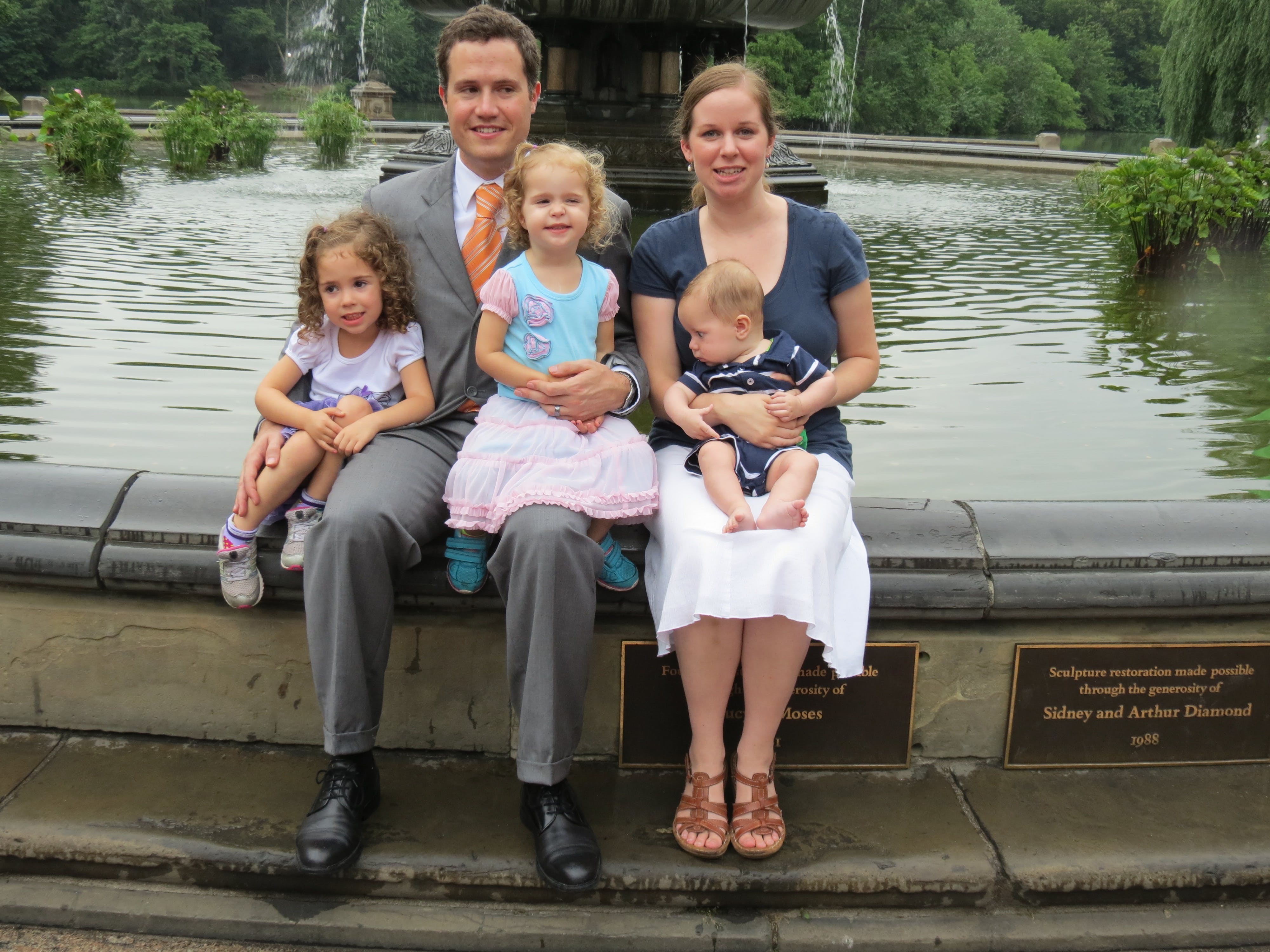 In the end, Murphy was fortunate enough to find Starteens early enough to ask people to do more than just “like” his daughter’s photo. Most people aren’t that lucky.

“So does it thrill me that Starteens and other Facebook pages are profiteering off pictures of sick children? Do I like that they often misrepresent Serafina’s story, claiming that she just had the surgery, or that each like = $1 for her (I wish!)? No,” Murphy added. “But in the end, I believe that she has become somewhat of a symbol for those whose lives are in some way affected by a congenital heart defect.”